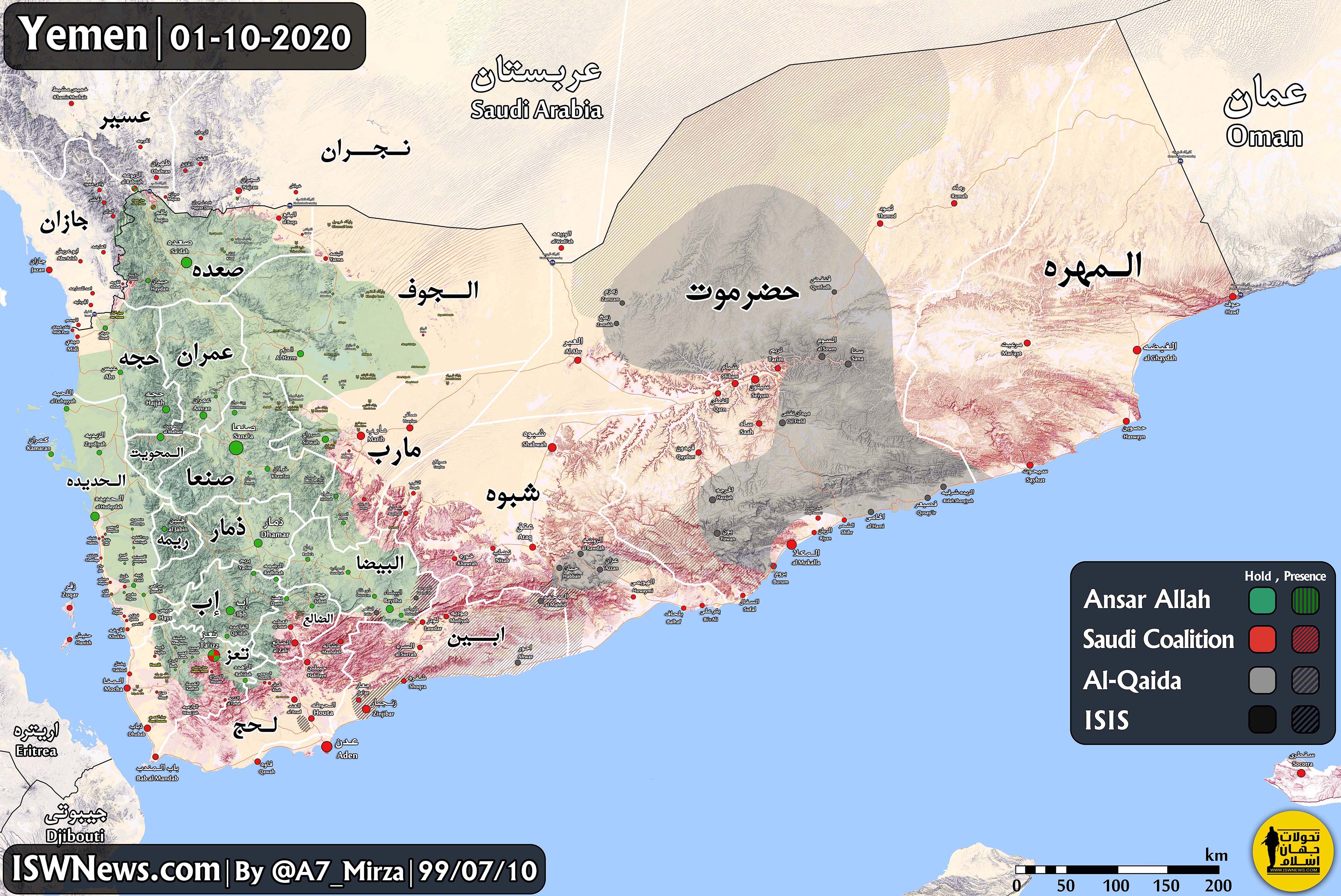 1- Marib:
– A number of Mansour Hadi’s forces were killed and wounded during a mistaken attack by Saudi coalition warplanes east of the Hilan Heights.
– A child was martyred and a woman was injured when a roadside bomb exploded in the Wadi Hubab area in Sarwah district.

4- Abyan:
During the exchange of prisoners between the Southern Transitional Council and the Mansour Hadi government under the auspices of the Red Cross, 173 southern forces and 32 Mansour Hadi forces were exchanged.

5- Socotra:
The UAE has deployed 600 Sudanese and Senegalese militias on the island of Socotra.