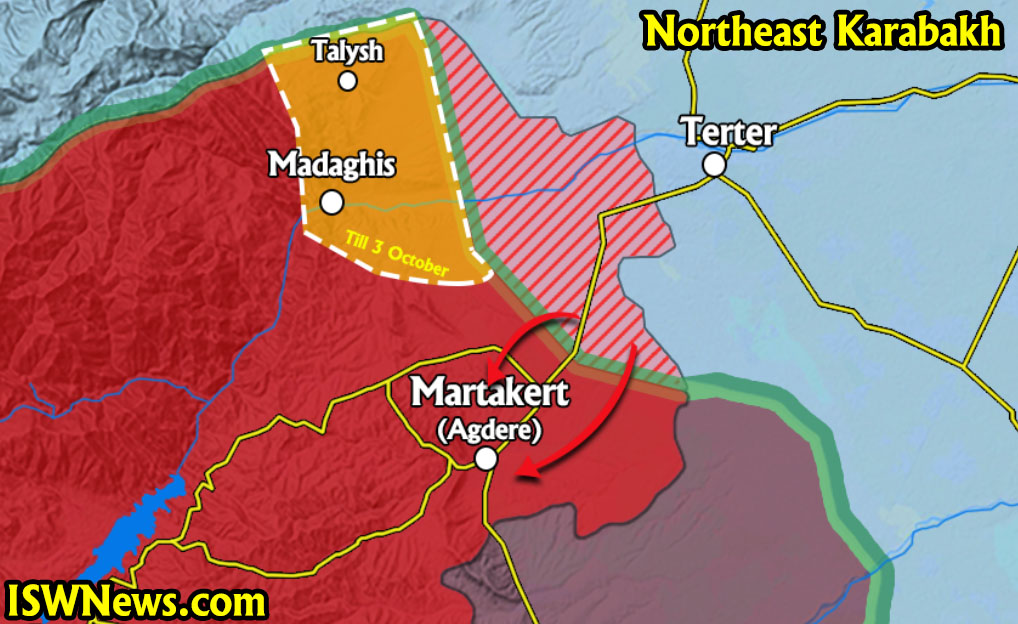 ISWNews Analysis Group: The town of Agdere (Martakert) in the northeast of Nagorno-Karabakh region is on the verge of complete siege by the Azerbaijani forces and the heights of the outskirts of the city are in the hands of Azerbaijani forces.

According to field reports, about a thousand Armenian troops (Armenia-Artsakh) are in the town, and pictures of the capture of one of the surrounding barracks by the Azeri forces have been published. The rugged terrain situation of the region has slowed down the progress of the Azeri-Turkish coalition on this front. A fierce battle is taking place on this front and both sides are trying to control this point.

Martakert is one of the most important areas of Nagorno-Karabakh and its control by either side can be a good leverage in future advances or negotiations.