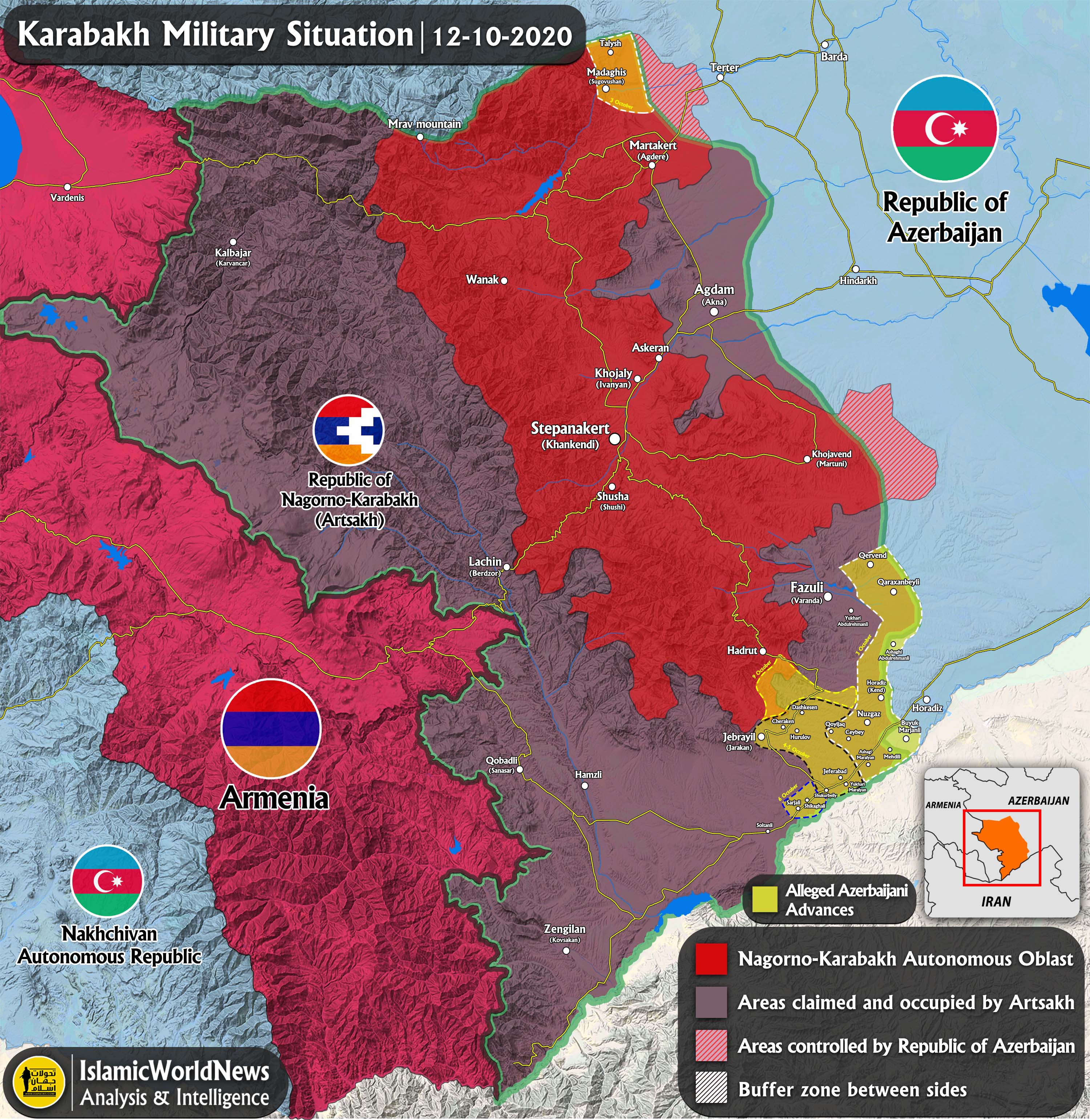 ISWNews Analysis Group: After two weeks of conflict in Karabakh area, the ground clashes and artillery fire exchange are continuing between Azerbaijani and Armenian forces.

The engagements in Karabakh area continue while there supposed to be ceasefire from Saturday according to Moscow agreement, but neither side followed the agreement and clashes and artillery fire continued. Each side accuses the other side of violating the ceasefire.

Updates on the fronts:

– In the last three days the front lines in Karabakh did not change significantly and most of the ground attacks are focused on Hadrut front. Where Azerbaijani forces try to advance in Hadrut area and capture the village to have a stronger foot hold in south of Karabakh.

– Armenian forces shot down an An-2 aircraft over east of Karabakh (probably near Fuzuli).

– Armenia and Azerbaijan artilleries are active and bombed each other’s positions. Azerbaijan artillery shells Stepanakert city, center of Nagorno-Karabakh, and Armenia artillery shells important city Ganja. At the same time both sides accuse each other of violating international laws to target civilian areas. Based on evidences, obviously both sides are lying and violating the international laws.

– The Armenian Ministry of Defense published the names of 96 Armenian soldiers who lost their lives in the recent battles.