Where is the Yemen war heading? Part 1 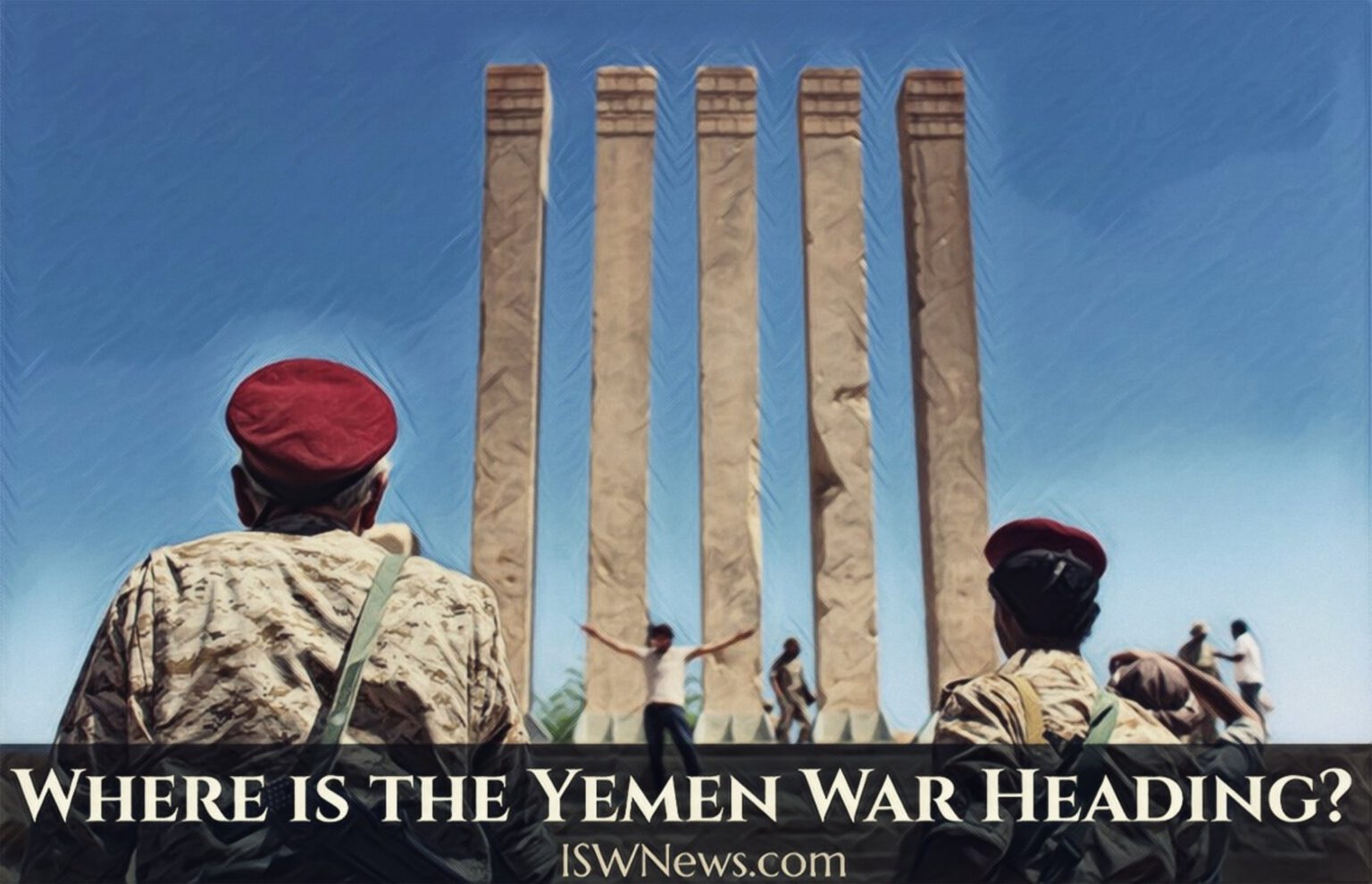 In the middle of fifth year of war in Yemen, stopping Saudi coalition advances in different fronts and performing several operations, Ansar Allah advances in southern, northern and eastern fronts until the front lines are back to where they were in 2015.

What we have observed in recent months in Yemen is Ansar Allah’s steady continuous advance toward Marib city. By liberating Marib district in Sanaa province and western part of Al Jawf province, Ansar Allah turned the conflict direction toward the main base of Mansour Hadi resigned government forces, i.e., Marib. In the last few months, Ansar Allah pressured from north, south and west which resulted in liberation of districts Majzar, Madghal, Maheliyah, Rahbah and advances continue in the Jabal Murad, Jubah and Abdiyah districts.

In despite of Ansar Allah’s important advances and victories, they can’t change the balance of war in Yemen. It can be achieved only when the enemy is forced to give serious points in the political field.

Saudi coalition, led by Saudi Arabia and UAE, uses two arms of “Mansour Hadi resigned government” and “Southerners” to hold their positions and interests in Yemen and therefore their bases in Marib and Aden are important for Saudi coalition. In case of liberation of these two bases, we can say the balance is turned in Yemen war and Ansar Allah has higher hand.

Therefore, Ansar Allah’s primary mission is Marib and if it happens the Muslim Brotherhood movement and Mansour Hadi resigned government will be weaken severely which can lead to end of support for the movement by Saudi coalition. Southerners tried hard to get the attention of Saudi coalition and Muslim Brotherhood is always accused of collaborating with terrorist groups such as Al Qaeda and ISIS, and supporting Qatar and Turkey. Thus liberation of Marib is the end of resigned government in Yemen.

After Marib, Ansar Allah’s possible plans are as follows:

1- Negotiation with resigned government and Saudis:
Ansar Allah showed optimism regarding negotiation with Muslim Brotherhood of Yemen due to their relations with their counterpart in Palestine and called it the start to talk. However, dependency of the resigned government to Saudis and presence of militant people in between did not allow for a separate independent talk.
It seems conquering Marib can flick the resigned government to stop their illusions including: Turkey intervention in Yemen, defeating AnsarAllah by siege, etc., and talk with AnsarAllah with reality.

2- Launching operation to Aden:
After defeating Muslim Brotherhood movement, Southerners will rise as the main rival for Ansar Allah. Since the “Southern Transitional Council ” is heavily depending on UAE secessionist policies unlike Ansar Allah that wants to keep Yemen united, therefore the only solution for Ansar Allah is military operation against Southerners. We have elaborated on this matter previously. In short, Ansar Allah will focus on Dhale-Aden route in case of an operation.

3- Launching operation in south of Al Hudaydah and west coast:
Remainder of Ali Abdullah Saleh are commanded by Tariq Saleh and took position in west coast under support of UAE and consent of Saudi Arabia. It is highly possible they launch operation against Ansar Allah. Therefore Ansar Allah can attack south of Al Hudaydah and Taiz coasts and take the control of Bab al-Mandeb back without being worried about Sweden agreement which will be abolished by Mansour Hadi resigned government after conquering Marib.
Controlling west of Yemen coasts has advantages of: preparing breaking the siege of Yemen for Iran, interrupting Israel plan to control Aden gulf and Bab al-Mandeb strait, observing enemies tankers and warships, etc.

4- Operation in Saudi soil:
One way to confront Saudi coalition attacks is to retaliate, which worked very well so far. For example, to retaliate Saudi coalition airstrikes to Sanaa, Saudi Arabia capital, i.e., Riyadh was targeted by drones and missiles. Or to retaliate attacking vital infrastructure of Yemen, Saudi Aramco was targeted.
How can Ansar Allah retaliate occupation of east of Yemen by Saudi Arabia? Are liberation of Najran and Jizan or even advancing further toward Asir and Khamis Mushait more complicated than operations “Nasr Min Allah” and “Faamkan Minhom”? As Ansar Allah officials never limited the operations to a certain point or area and always talked about liberation of all of Yemen. Advancing in south of Saudi Arabia can make a balance in the war or be used as a lever in negotiations.

5- Limited complementary operations:
Following conquering Marib, Ansar Allah will advance toward Safer oil fields, whose liberation is the last stage of operation in Marib province.
In Baydha province, liberation of districts Nate’, Numan, Musawara and Zaher, which are occupied by Saudi coalition and terrorist groups, can be the second stage of operation in Baydha, following liberation of Marib town. Liberating northern border and cleansing Yatmah and Boqa’ area are important in Al Jawf province, and north of Hajjah can be the introduction to advancing to Jizan.

Anyhow, Ansar Allah should follow one or more of the above scenarios to achieve the mission of revolution in Yemen, otherwise stopping or slowing the advances will wear out Ansar Allah’s strength and gives time to enemy to rebuild.
As Saudis are trying to take US into war against Yemen to cover for their weak points, and UAE is colliding with Israel to stabilize their occupation in Yemen. The outcome of these agreements will be difficult for Ansar Allah.

ISWNews
ISWNews Analysis Group is a completely independent organization maintained by a team of experts and volunteers which focuses on armed conflicts and crises. Our mission is to tell the untold, which is usually censored by the main stream media. Step in battles of the region with us!
Share it:
Yemen Yemen war