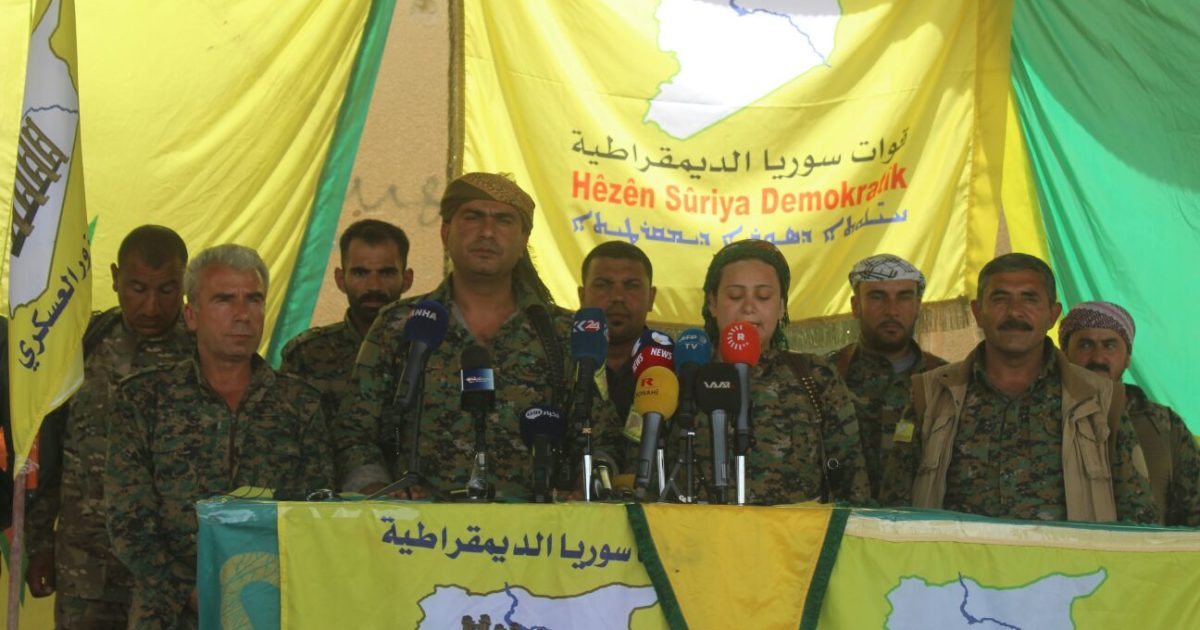 Islamic World News Analysis Group: After a relatively long time, from yesterday with the official announcement by the Syrian democratic forces, military operation against ISIS has began in Eastern Syria.

It is said that the Turkish attack on the Afrin area and the Turkish Army clashes with the Kurdish forces, which lasted two months, was one of the main reasons for the delay in the operation of the SDF and the US-led coalition against ISIS in eastern Syria.

However, the operation was officially launched from yesterday, and from the very beginning, with the heavy air support of the US-led coalition, the Syrian Democratic Forces SDF succeeded in rapid progress.

In general, operations are carried out on two main axes;

– The first axis is from al-Shadḍadi and al-Houl area to Dashisha and Abu Hamazah along the border line between Iraq and Syria.

–  The second axis is from al-Omar oil fields to the Hajin area and the surrounding villages.

According to local sources, the Hajin area is currently the main place of gathering and the ISIS command in the Deir Ezzor governorate.