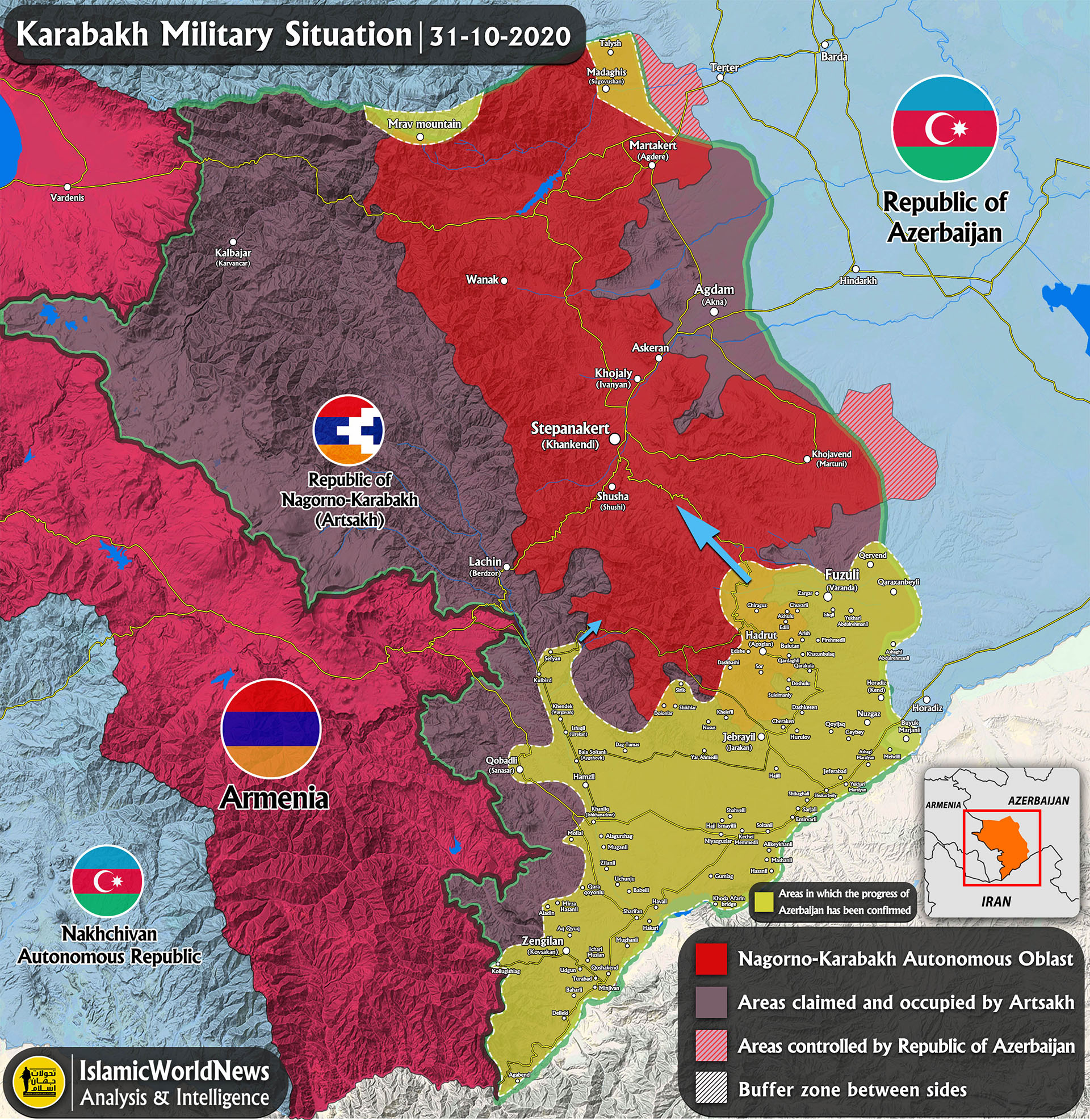 – Ilham Aliyev, Azerbaijan armed forces spokesperson, reported of controlling Khudaverdili, Gurbantepe, Shahveledli and Khubyarli villages of Jabrayil, Aladin and Vejneli villages of Zengilan, Kavdadig, Memer and Mollali villages of Qubadli yesterday.
I this noteworthy that almost all of the areas were claimed in previous operations.

– Armenia officials reported that the conflict reached near Shusha. According to information, two villages in south of Shusha were cleansed from Azerbaijan pioneer forces. President of so-called Nagorno-Karabakh republic (Artsakh) stated before that Azerbaijan forces are at 5 km from Shusha.

– In despite of agreement between Azerbaijan and Armenia by Minsk group to stop shelling residential areas, bombing cities and civilian areas are still continuing.
On Saturday morning, Armenia media reported of bombing central market, Stepanakert(Khankendi) town, Shusha, Martuni and Gerger. On the other hand, Azerbaijan media reported of bombing Agdam, Tartar and Aghjabedi.

– Armenia forces shot down an Azerbaijan drone over Stepanakert area.

– Azerbaijan media released footages of Armenia forces casualties in Zangilan village, showing dead bodies of Armenian soldiers on the ground. Some are handcuffed which became controversial and hotline. Armenian media referring to these footages signed that the POWs are executed in the battle field by Azerbaijan forces. According to satellite information, these footages date back to 24 October.