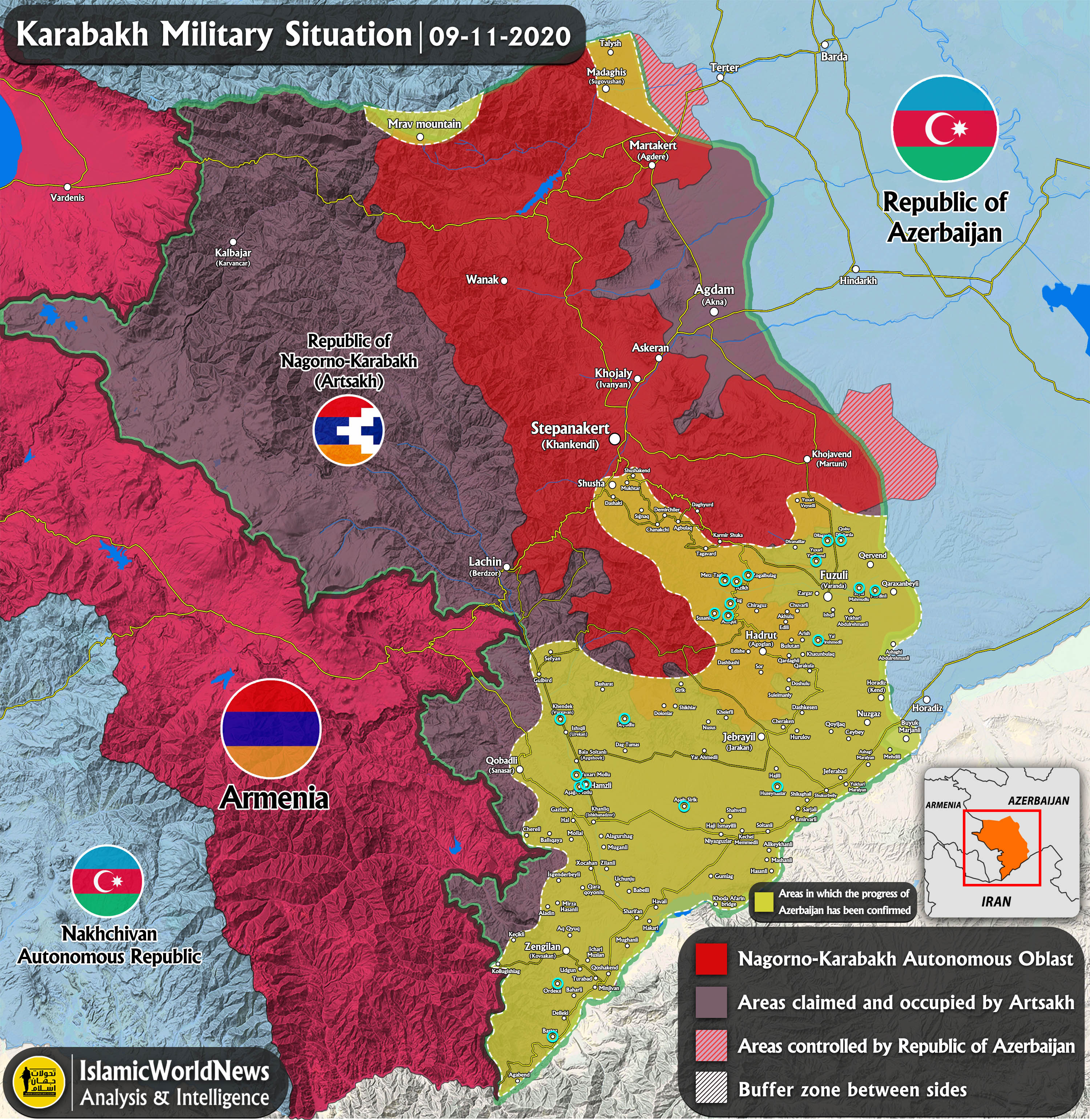 – After several days of heavy conflicts Azerbaijan forces claimed strategic town Shusha. Although Armenia rejects the full control of Shusha by Azerbaijan but due to the field situation the town is in hands of Azerbaijan.
However, heavy clashes between Azerbaijan and Armenian forces continue in the area.

– Clashes between Azerbaijan and Armenian forces were ongoing south of Martuni.

– From September 27 to November 9, as a result of provocations committed by Armenians, 93 civilians were killed, 407 injured. During this period, 3326 residential buildings, 504 civilian objects, 120 apartment buildings were damaged, according to the Prosecutor General’s Office of Azerbaijan.

– Following Azerbaijan forces advances in Shusha and cutting Stepanakert-Lachin road and conflict reached Stepanakert, some of Stepanakert inhabitants are fleeing toward Armenia. It is noteworthy that since Stepanakert road to Armenia is under fire by Azerbaijani forces and Kalbajar road is not very safe, some believe this footage is not very reliable.