Official announcement of the end of the war between Armenia and Azerbaijan! 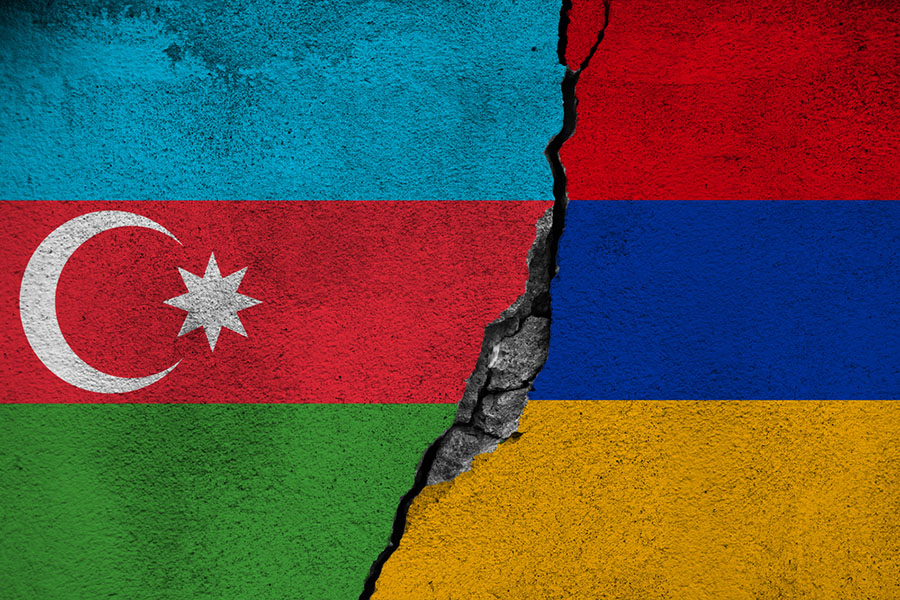 ISWNews Analysis Group: Late on November 9, the Prime Minister of Armenia issued a statement announcing the signing of an agreement with the Presidents of Azerbaijan and Russia to end the war in Nagorno-Karabakh.

In his statement, Armenian Prime Minister Nikol Pashinyan described the agreement as a difficult one. “I have signed an agreement with the presidents of Russia and Azerbaijan to end the war in Nagorno-Karabakh, which is difficult for all of us,” he said.
Nikol Pashinyan added :This ceasefire is very painful for our people and for myself. This is not a victory, but it will not be a defeat unless you acknowledge that you have lost. We will never admit that we have lost and this will be the beginning of the era of national unity for us. I kneel before the martyrs of all of you. I bow to all the soldiers, officers, generals and volunteers who defended our homeland with their lives.”

The text of the agreement is as follows:
(Direct translation from the Russian text)

1- A complete ceasefire to all hostilities in the zone of the Nagorno-Karabakh conflict are declared from 00:00 Moscow time on November 10, 2020. The Republic of Azerbaijan and the Republic of Armenia, hereinafter referred to as the “Parties”, will be stopped at their positions.

2- The Agdam region and the territories held by the Armenian Party in the Gazakh region of the Republic of Azerbaijan shall be returned to the Azerbaijan party until November 20, 2020.

3- Along the line of contact in Nagorno-Karabakh and along the Lachin corridor, a peacekeeping contingent of the Russian Federation will be deployed in the amount of 1,960 servicemen with small arms, 90 armored personnel carriers, 380 units of automobile and special equipment.

4- The peacekeeping contingent of the Russian Federation will be deployed in parallel with the withdrawal of the Armenian armed forces. The duration of the stay of the peacekeeping contingent of the Russian Federation is 5 years with automatic extension for the next 5-year periods, if none of the Parties declares 6 months before the expiration of the period of intention to terminate the application of this provision.

5- In order to increase the effectiveness of control over the implementation of the agreements by the Parties to the conflict, a peacekeeping center will be deployed to control the ceasefire.

6- The Republic of Armenia will return the Kalbajar region to the Republic of Azerbaijan by November 15, 2020, and the Lachin region by December 1, 2020, leaving behind the Lachin corridor (5 km wide), which will ensure the connection of Nagorno-Karabakh with Armenia and at the same time will affect the city of Shusha.
By agreement of the Parties, in the next three years, a plan for the construction of a new traffic route along the Lachin corridor, providing communication between Stepanakert and Armenia, with the subsequent redeployment of the Russian peacekeeping contingent to protect this route will be determined.
The Republic of Azerbaijan guarantees the safety of traffic along the Lachin corridor and the safety of citizens, vehicles and goods in both directions.

7- Internally displaced persons and refugees will return to the territory of Nagorno-Karabakh and adjacent areas under the control of the Office of the UN High Commissioner for Refugees.

8- The exchange of prisoners of war and other detainees and bodies of the dead will be carried out.

9- All economic and transport links in the region will be unblocked. The Republic of Armenia will provides transport links between the western regions of the Republic of Azerbaijan and the Nakhichevan Autonomous Republic in order to organize the unimpeded movement of citizens, vehicles and goods in both directions. Control over transport communication is will be carried out by the bodies of the Border Guard Service of the FSB of Russia. By agreement of the Parties, the construction of new transport communications linking the Nakhichevan Autonomous Republic with the western regions of Azerbaijan will be provided.”

Following the announcement, angry people stormed the government building in Yerevan. The sound of gunfire was also heard in Republic Square in Yerevan.
On the other hand, simultaneously with the announcement of the new agreement, the city of Baku, the capital of Azerbaijan, was attacked with two ballistic missiles.
According to Azerbaijani officials, the two attacks were carried out in the Khirdalan and Sumqayit areas, and both missiles were intercepted and destroyed.