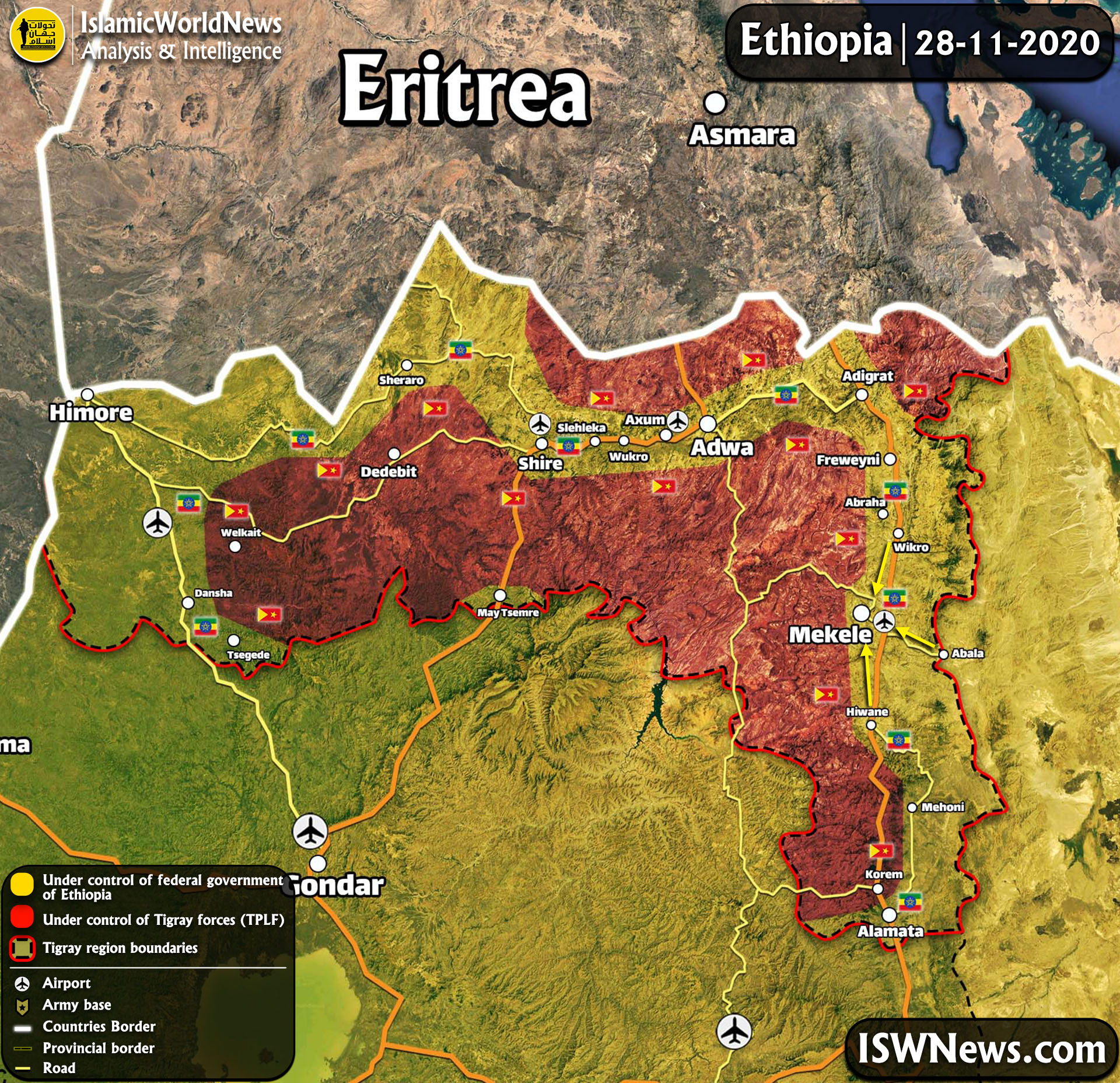 ISWNews Analysis Group: Ethiopian Prime Minister Abiy Ahmed announced that his country’s Army has taken control of the city of Mekelle, the capital of Tigray province, the headquarters of the Tigray People’s Liberation Front (TPLF).

No news has been published so far about the fate of the Tigray leaders who were present in the city of Mekelle.

If the claim of Abiy Ahmad is true, it seems that the city of Mekelle has been attacked from three directions, north and south, as well as from Abala, which is located 30 km east of Mekelle.

TPLF media have reported artillery and air bombardment of the city of Mekelle and civilian casualties in the past 24 hours. Earlier, Ethiopian Prime Minister Abiy Ahmed had given Tigray 72 hours to surrender, but after refusing the ultimatum, the final attack order was issued by Abiy to control Mekelle. The Army commander also threatened if people do not distance themselves from TPLF, they will be targeted by tanks!

With the fall of the city of Mekelle, the Tigray People’s Liberation Front (TPLF) in northern Ethiopia will be virtually finished.

Also yesterday, there were some reports of the bombing of the Adi Harush refugee camp in the north May Tsemre. Five people are said to have died and ten others were injured in the attack. It is worth mentioning that there are more than 100,000 refugees in Tigray, almost all Eritrean, living largely in four refugee camps of Hitsats, Mai-Aini, Adi Harush and Shemelba.