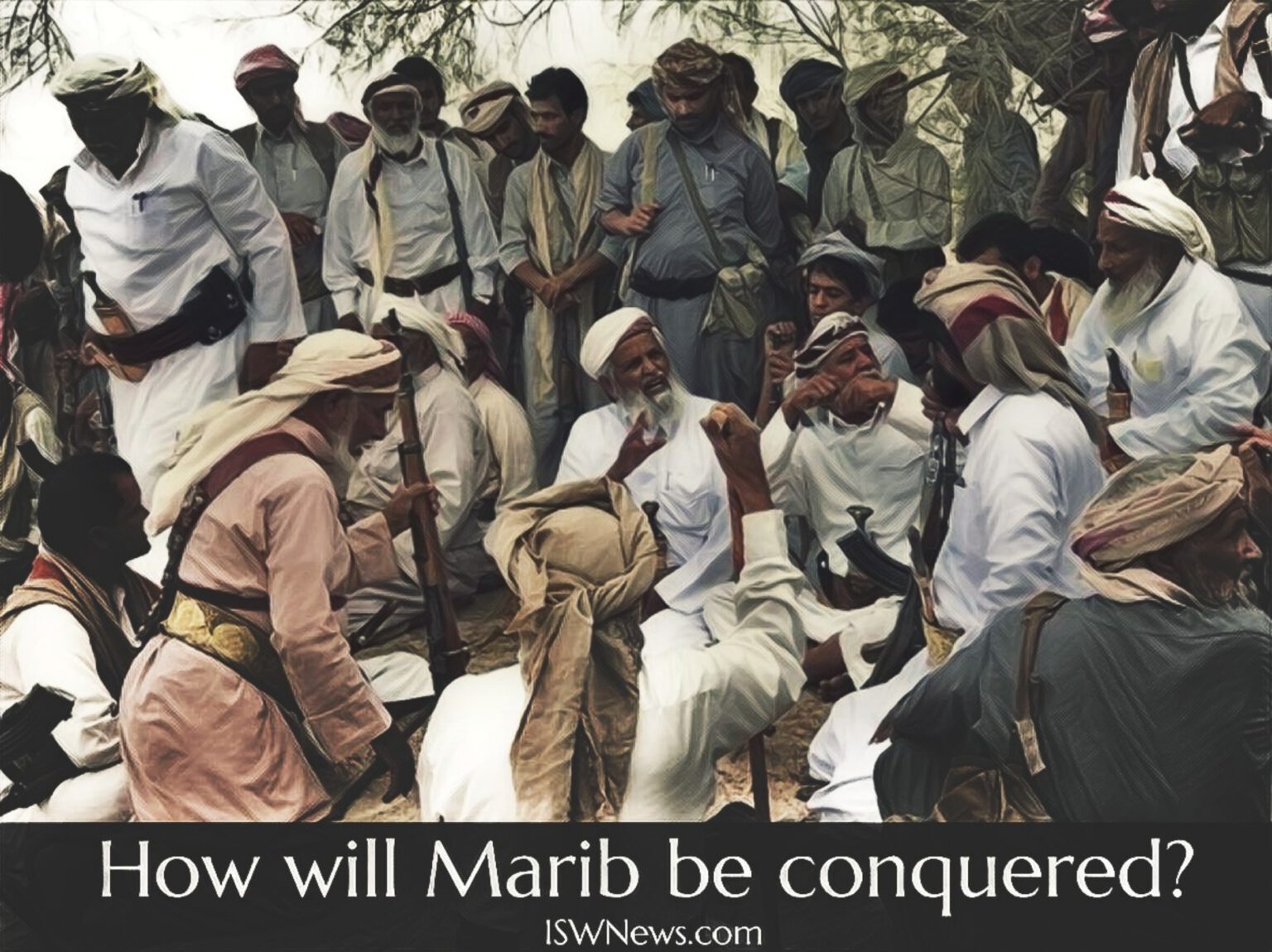 Following part two we covered the axes Ansar Allah can advance in Marib province. We are analyzing based on recent incidents in this axis.

As mentioned before, following are axes Ansar Allah can advance in Marib and Al Jawf fronts:

Ansar Allah launched missile attacks to Saudi coalition positions in Marib, by focusing on Tadawin camp which is the training and logistics camp for Saudi coalition. According to ISWNews Analysis Group local source, only in one of these attacks, one helicopter destroyed and more than 15 troops killed, from which 7 were Saudis.
According to our investigation, Ansar Allah launched more than 8 drone and missile attacks to Tadawin base in the last month, during which 18 missiles of Badr 1 and Badr P-1 were used. This amount of attack shows the importance of Tadawin base in supporting Marib fronts against Ansar Allah.
Considering Ansar Allah upper hand in ground conflicts and Saudi coalition loss of popularity in Marib, Saudi coalition increased deploying more of Al Qaeda and ISIS terrorists to Yemen. According to local sources, in the last stage of Al Qaeda and Saudis collaboration, three Al Qaeda commanders, Abdullah Ali Hamad Miqan, Raid bin Saud bin Muali and Salman Ali Hamad Miqan who participated in Syria war, along with tens of terrorists came from Syria to Marib. Therefore, one of the reasons for AnsarAllah’s continuous missile attacks go Saudi coalition bases in Marib including Tadawin, is to weaken the logistics and ties between Al Qaeda and the coalition.

Ansar Allah has two strategies to conquer Marib: 1. Military operation, 2. Negotiating with the tribes.
According to local sources, some of Marib tribes recently had a meeting with the topic of the war issues and Marib battle and issued a statement “Marib youths unity” which has the following points:
a) Marib tribes suffered 6,326 deaths and 21,448 wounded and are not afraid of battle.
b) Foreign forces should leave Marib province to end the war.
c) All the elders of Marib tribes in a united stance should negotiate with all sides of the conflict specially Sanaa (Ansar Allah) to keep the Marib away from war and bloodshedding.
d) Controlling and positions of Marib should be left to the youths of the tribes and city.

Therefore, tribes’ pressure on Islah party and Mansoor Hadi resigned government has increased and will reach its peak when Ansar Allah arrives at the western gates of the city. It is said that Abidah tribes (in east of Marib) started talking with Ansar Allah which helped Ansar Allah significantly to claim Marib.

In conclusion, Ansar Allah has two strategies of “negotiation with tribes Murad and Abidah” and “intensifying missile attack to the coalition bases” and by preparing in Sarwah district the operation in west of Marib will start soon.

ISWNews
ISWNews Analysis Group is a completely independent organization maintained by a team of experts and volunteers which focuses on armed conflicts and crises. Our mission is to tell the untold, which is usually censored by the main stream media. Step in battles of the region with us!
Share it:
Marib Yemen