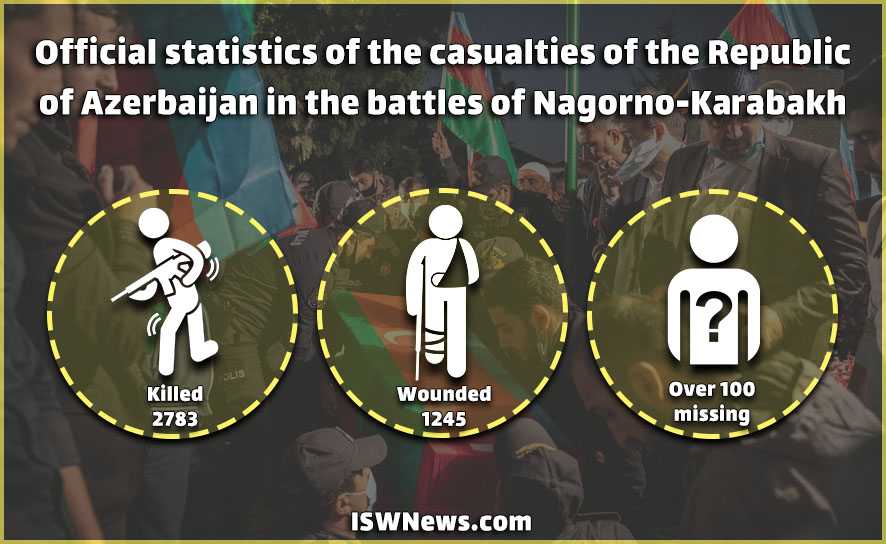 ISWNews Analysis Group: According to information provided by Azerbaijan, 2,783 Azerbaijani troops lost their lives in the Karabakh war, 1,245 were wounded and more than 100 are missing.

This statistic is now presented while during the battles, the government of Azerbaijan refused to provide accurate statistics of its casualties in the battles of Nagorno-Karabakh; But estimates put the death toll at 2,000 to 3,000 for each side in the war.

In any case, as is clear from the published casualties, the Nagorno-Karabakh war, despite its short duration, is one of the bloodiest wars in the region. During the battles, there were many independent reports of the intensity and casualties of the war and the brutal battles; to the extent that some Syrian mercenaries ignored the continuation of the fighting and receiving its benefits and returned to their country.