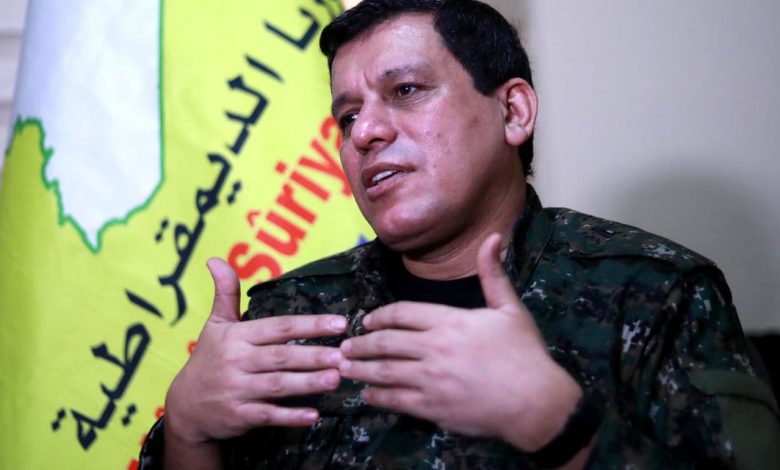 ISWNews Analysis Group: According to information provided by the commander of the Syrian Democratic Forces (SDF), 4,000 PKK terrorists have been killed in the fighting in northern Syria.

The commander of the Syrian Democratic Forces (SDF), Mazloum Abdi, said in an interview that 4,000 members of the Kurdistan Workers’ Party (PKK) terrorist group had been killed in recent years in Syria’s north and northeastern battles against ISIS, the Turkish army and its militant proxies.
These people are those who were killed in the form of YPG or SDF forces or even independently in the form of the PKK group in northern Syria. In the past, the United States and Kurdish forces in northeastern Syria have remained silent or denied the existence of the PKK.

The official announcement by the SDF commander confirms the accusation of Turkey that SDF works with PKK.

It is noteworthy that Mazloum Abdi or Ferhat Abdi Şahin is a high rank commander of terrorist group PKK who was assigned as commander of SDF by Americans. In fact USA deceived the public by using the word “democratic” and gathered the militants in north of Syria and helped groups like PKK with all sorts of training supports and weapons.

Mazlum Abdi has stated that he is looking for a new election in the areas controlled by the Syrian Democratic Forces, which is clearly the final outcome of this election to provide the conditions for achieving autonomy in northern Syria, and now is the ideal time to do so.
In the recent months and specially after US election and Biden victory, Kurds of north of Syria became highly active and trying to seek autonomy in north of Syria again.