Turkish campaign in east of Euphrates has been the headline for many local and regional media these days but the issue that may need to be addressed more than ever is the nature of the commanders of the Syrian Democratic Forces.

Ferhat Abdi Şahin known as “Mazloum Abdi” is commander-in-chief of the Syrian Democratic Forces (SDF). He was a prominent commander of terrorist group PKK before US. entered Syria and being assigned as the commander of SDF.
He is officially member of Kurdistan Workers’ Party (PKK) since 1990. Terrorist group PKK has done a lot of crimes and massacres on civilians and soldiers of Iran and Turkey and is considered a terrorist group by those countries and international society.

Ferhat Abdi Sahin is wanted by Turkey due to his abundant terrorist acts against Turkish military troops.

– He was operation commander of PKK in Cilo area between 1991-1996, for that he is famous as Sahin Cilo. He even wrote a book “Diary of Hawk” and mentioned his terrorist acts.(Sahin means Hawk)
– Between 1997 to 2003, he was acting deputy of PKK in Europe and recruited for PKK in seminars, festivals, camps, etc.
– He was arrested by Syrian government several times between 2004 to 2009.
– He was assigned as chief of special forces and intelligence of YPG from 2013 and from 2015 under support of US. he is assigned as commander of SDF.

Another title of Ferhat Abdi is “Mazloum Kobani”, it means “oppressed Kobani”. It is not clear how he is called oppressed by doing so much terrorist acts!!!

Regarding activities of this person and other commanders of PKK in Syria’s battles and before it, it is very important to consider the type and presence of these forces in Syria.
The undeniable fact about the PKK is that the forces of this terrorist group have entered various YPG organs in different forms in recent years or the exchange of forces between these two group has taken place more frequently.
If we put the fact that YPG has not collaborated with Syria and Resistance axis under Iran’s leadership and also the influence of PKK on Kurdish groups of north of Syria, we can realize why most of the time relations between Syria and Kurds are flawed.

On the other hand, also we should pay attention to the fact that US. by using a deceiving name “Democratic” gathered Kurds of north of Syria under “Syrian Democratic Forces” name and under this title helped PKK forces with all kinds of training and weapons.
This move by the US. was so stupid and rude that even US. commanders themselves admit it and that can be heard from the USSOCOM commander-in-chief at the time of the formation of the Syrian Democratic Forces.

Gen Raymond A. Thomas interview in 2017.
In this interview he explains clearly how they knowingly whitewashed the US-designated terrorist group PKK and chose a new name for the forces of YPG and PKK to have a lawful and legitimate way to arm them.

Other images of this oppressed! during his active presence in the PKK: 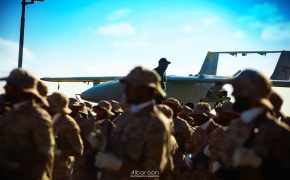 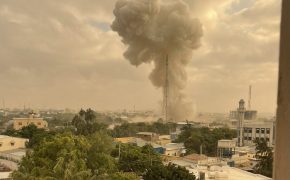 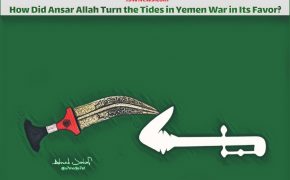 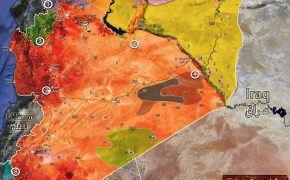