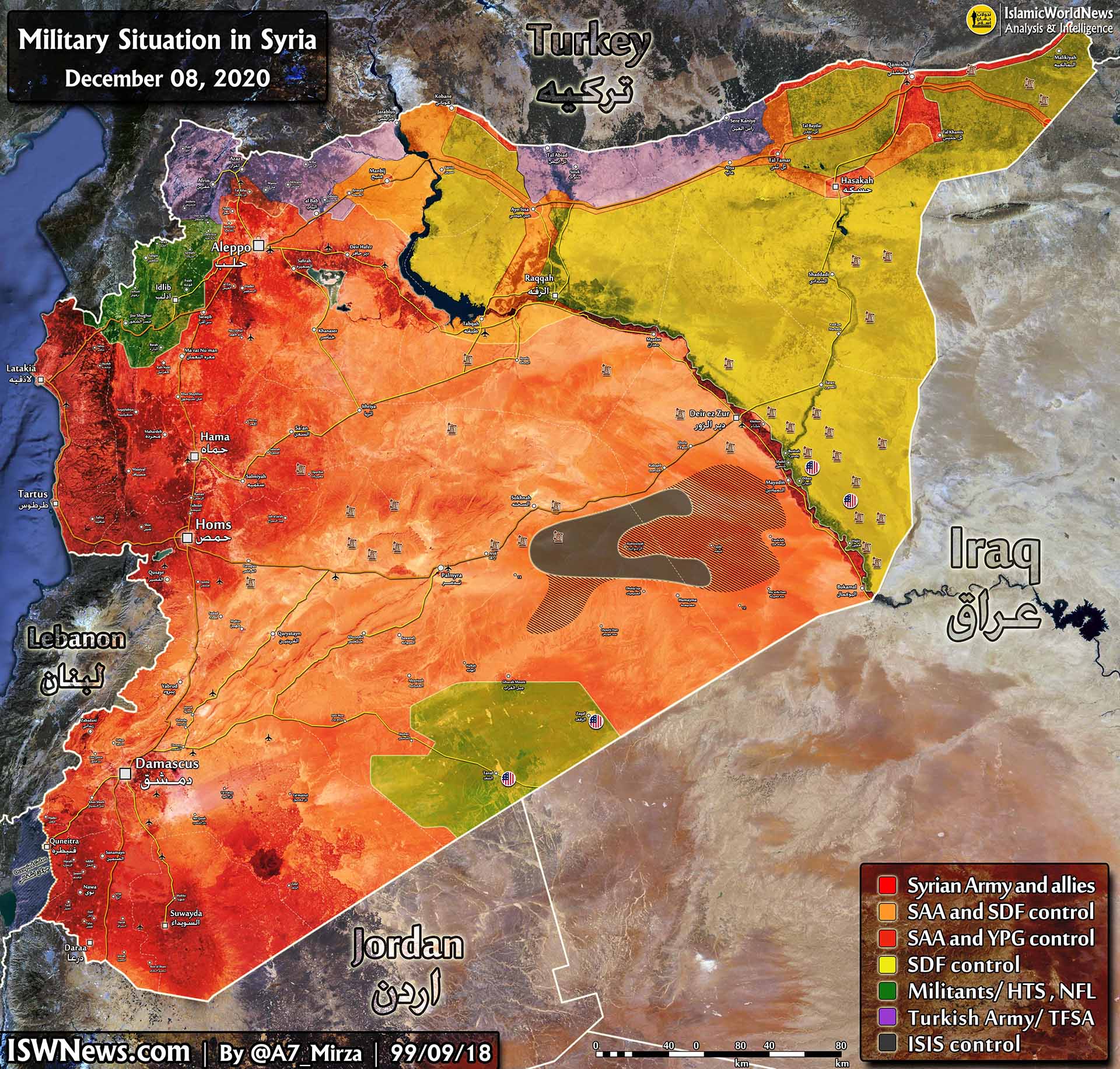 – A Turkish soldier was wounded when unknown individuals attacked a Turkish military post near Ram Hamdan in the Idlib region. The attack was carried out by an anti-tank missile.

– The United States used the al-Walid(Juzik) illegal border crossing to send a military convoy containing 12 trucks of equipment and logistics to SDF forces in the Syrian province of Hasakah.

– Tensions and exchange of artillery fire in the Ain Issa area continue for several consecutive days and clashes threaten the lives of civilians stationed in the Ain Issa refugee camp. Russia will build two military posts in the area to reduce tensions and prevent Turkish military operations.

– Several Turkish-backed militants were wounded in clashes north of Tal Tamar in the Bab al-Khair and Tal Abu Rassin areas. A Turkish soldier is said to have been killed in the clashes.

– The Syrian army bombed positions of Turkish-backed forces in the areas of Taqad, Kansafra and Al-Bara in the greater Idlib.

– Clashes and artillery fire between SDF forces and Turkish militants continue in the east of Mennagh airbase near the villages of Kafr Kalbin and Kafr Khasher in the north of Aleppo. In recent weeks, the intensity of the clashes in this area has increased.

– Four members of the SDF were injured in a roadside bomb blast in Dhiban. In recent weeks, the number of IED attacks against SDF forces in the east of the Euphrates has increased.

– The new appointed Syrian Foreign Minister Faisal al-Miqdad arrived in the Iranian capital on his first foreign trip at the invitation of his Iranian counterpart Mohammad Javad Zarif.

– In a security operation in Idlib province, the Hayat Tahrir al-Sham (HTS) arrested several members of the Hurras al-din group. Among them, several people with non-Syrian citizenship were arrested.