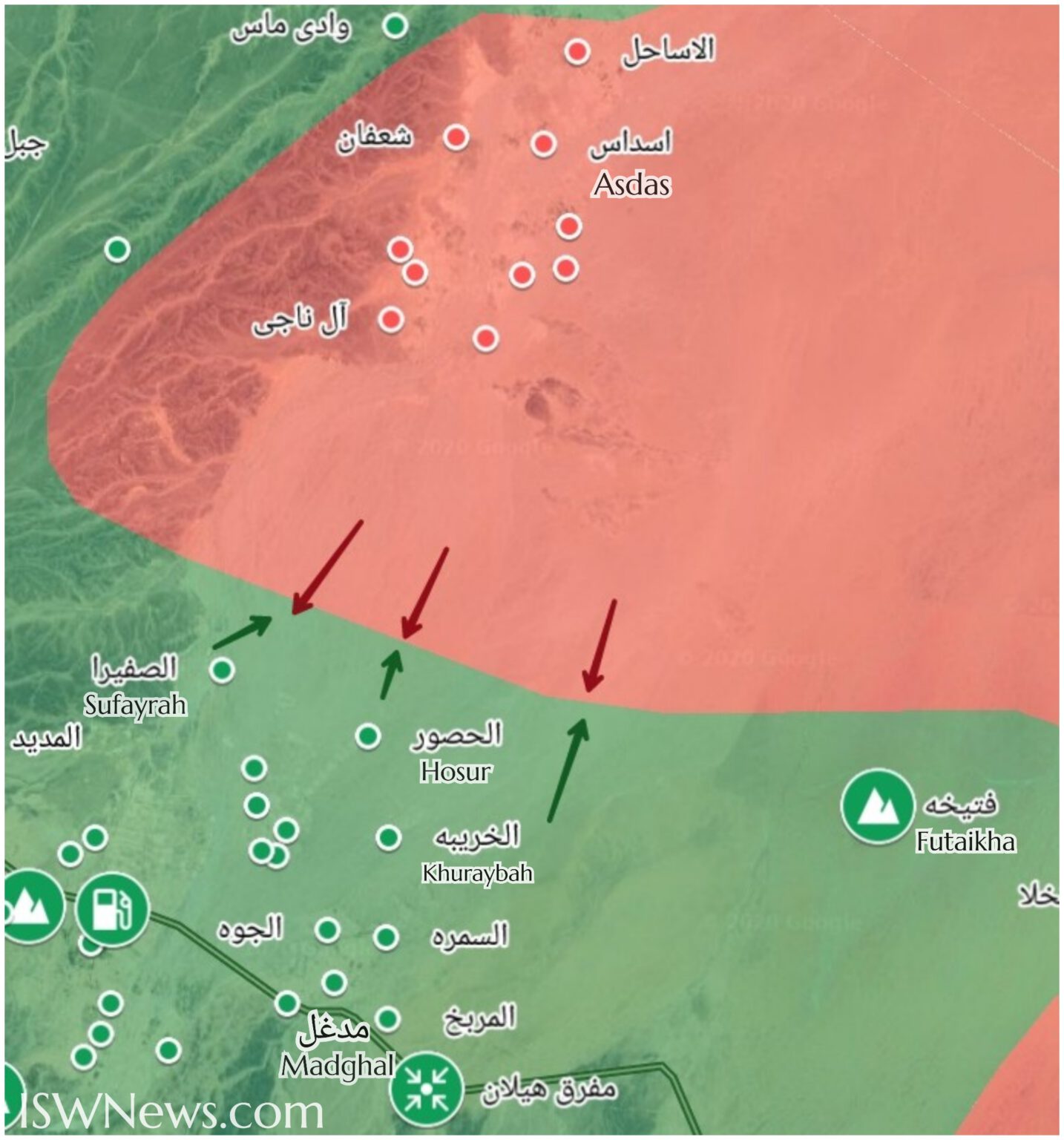 3- Abyan:
Six members of the UAE-backed security forces (Hizam al-Amni) were killed and two others were wounded during an attack by unidentified gunmen in the town of Lowdar.

4- Al-Hudaydah:
Saudi-led coalition forces have violated 381 times the ceasefire in the province in the past 48 hours.

5- The Saudi coalition claimed yesterday that it had shot down an Ansar Allah drone in the southern skies of Saudi Arabia.