Tension increases in northeast of Syria; Turkey might operate against Kurds again 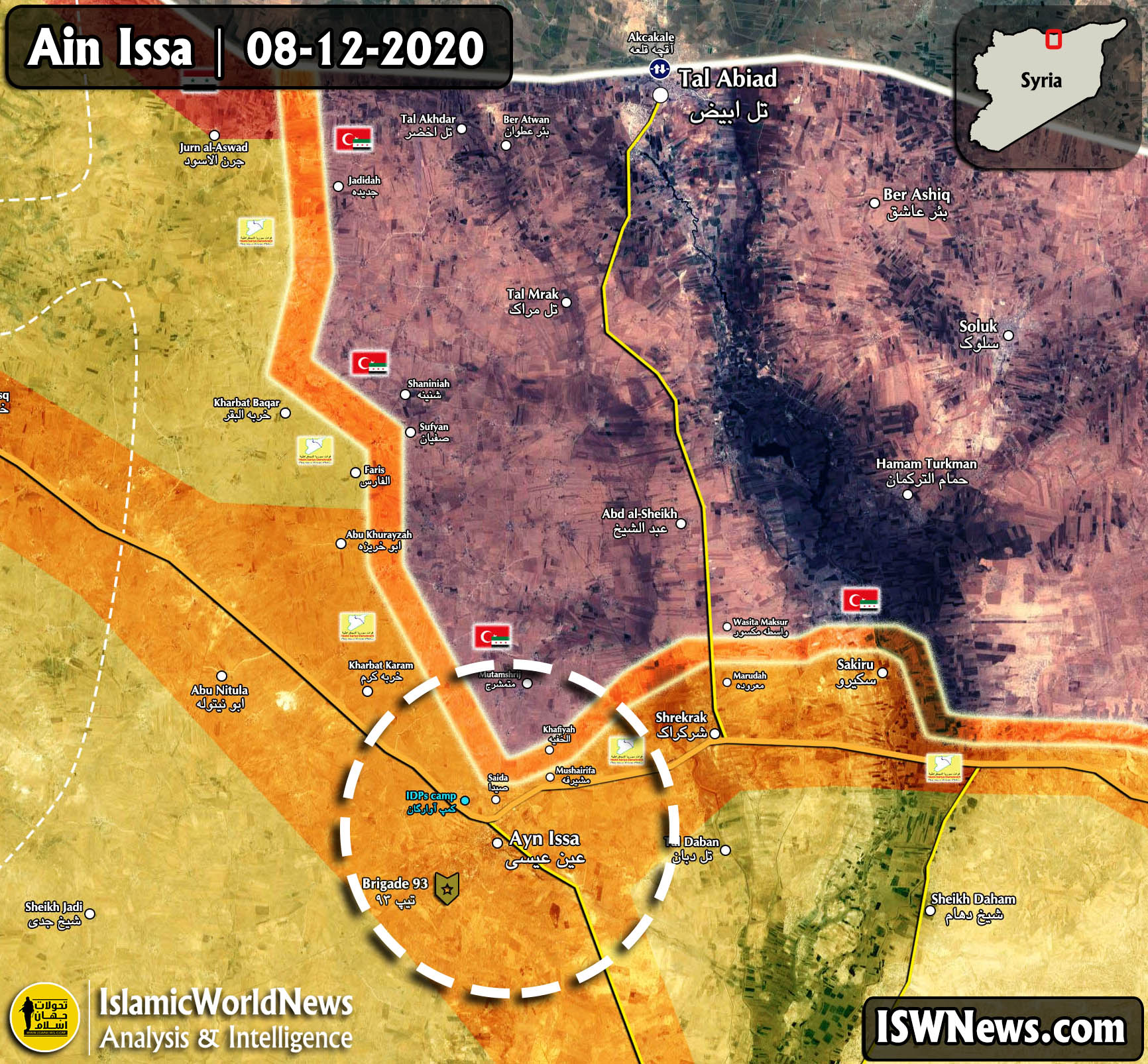 In the past week, tension and conflict increased between SDF and Turkey’s militant at the contact line of safe zone in northeast of Syria.
There were always sporadic conflicts in the area but the conflicts of past week were unusual and SDF repelled several limited operations of Turkish-backed forces which imposed significant casualties upon the militants.

Most of the conflicts took place near areas Ain Issa and Tal Tamar. The intensity of bombing and conflicts is so high that refugees of Ain Issa camp are evacuating.

In the last two days due to the conflicts in north of Tal Tamar, near Tal Abu Rasin village and Bab al-Khayr between SDF and Turkey’s militants one Turkish troop killed and several militants wounded.
Last week several Turkish-backed forces, who intended to infiltrate in north of Ain Issa, were killed and wounded.

Therefore, the Russian military convoy came to Ain Issa town and met with SDF commanders. According to latest updates, to prevent the Turkey’s possible operation in Ain Issa area, Russia asked SDF to leave the control of the area to Russian-Syrian joint force. In case of SDF agreement, Russia will erect two watch post near Ain Issa.

It is noteworthy that Turkish army started an operation “peace spring” on Oct 9, 201 in east of Euphrates against SDF. The operation had USA permission and they retreated back and left Kurds alone against Turkey. Finally SDF accepted support of Russia and Syria and they took position in the contact lines between Raas al-Ain and Tal Abyadh which resulted in the operation to stop and a safe zone formed.