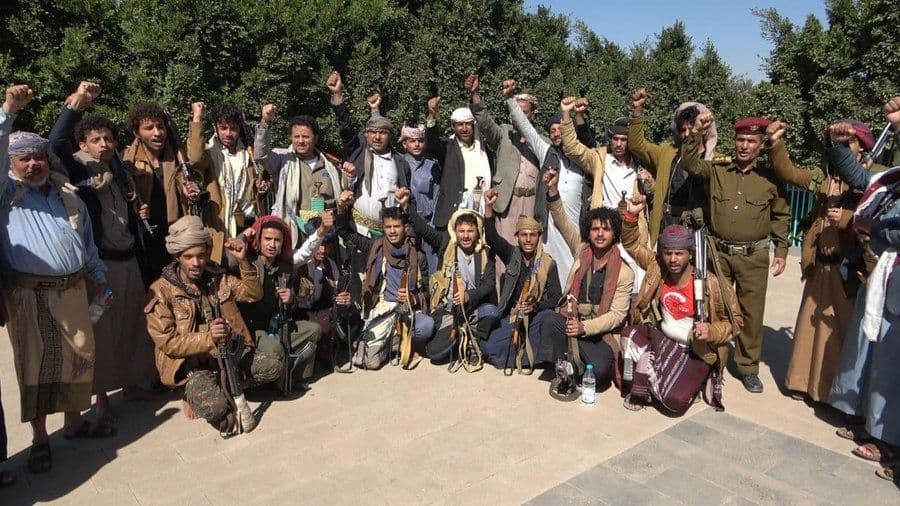 Latest news from Marib, al-Hudaydah, Saadah fronts and the continuation of the return of the Hadi’s forces to Ansar Allah

1- Marib:
– Clashes between Ansar Allah and Saudi-led forces were reported on the al-Asahel and Rahum areas.
– Saudi coalition warplanes have bombed Jabal Murad and Al-Juba district 6 times in the last 24 hours.

2- Sanaa:
Another 20 members of Mansour Hadi’s forces who were deployed in the Marib fronts surrendered and returned to Ansar Allah.(image)

3- Al-Hudaydah:
– Saudi-led coalition forces have violated the ceasefire regime in Hudaydah province 200 times in the past 24 hours.
– Baxter ship carrying 29475 tons of gasoline arrived in al-Hudaydah port after 104 days of seizure by the Saudi coalition.

4- Aden:
Continuation of sporadic clashes between the southerners and Mansour Hadi forces in al-Mansoura area.

5- Saadah:
Saudi coalition warplanes have bombed Kitaf area 2 times in the past 24 hours.