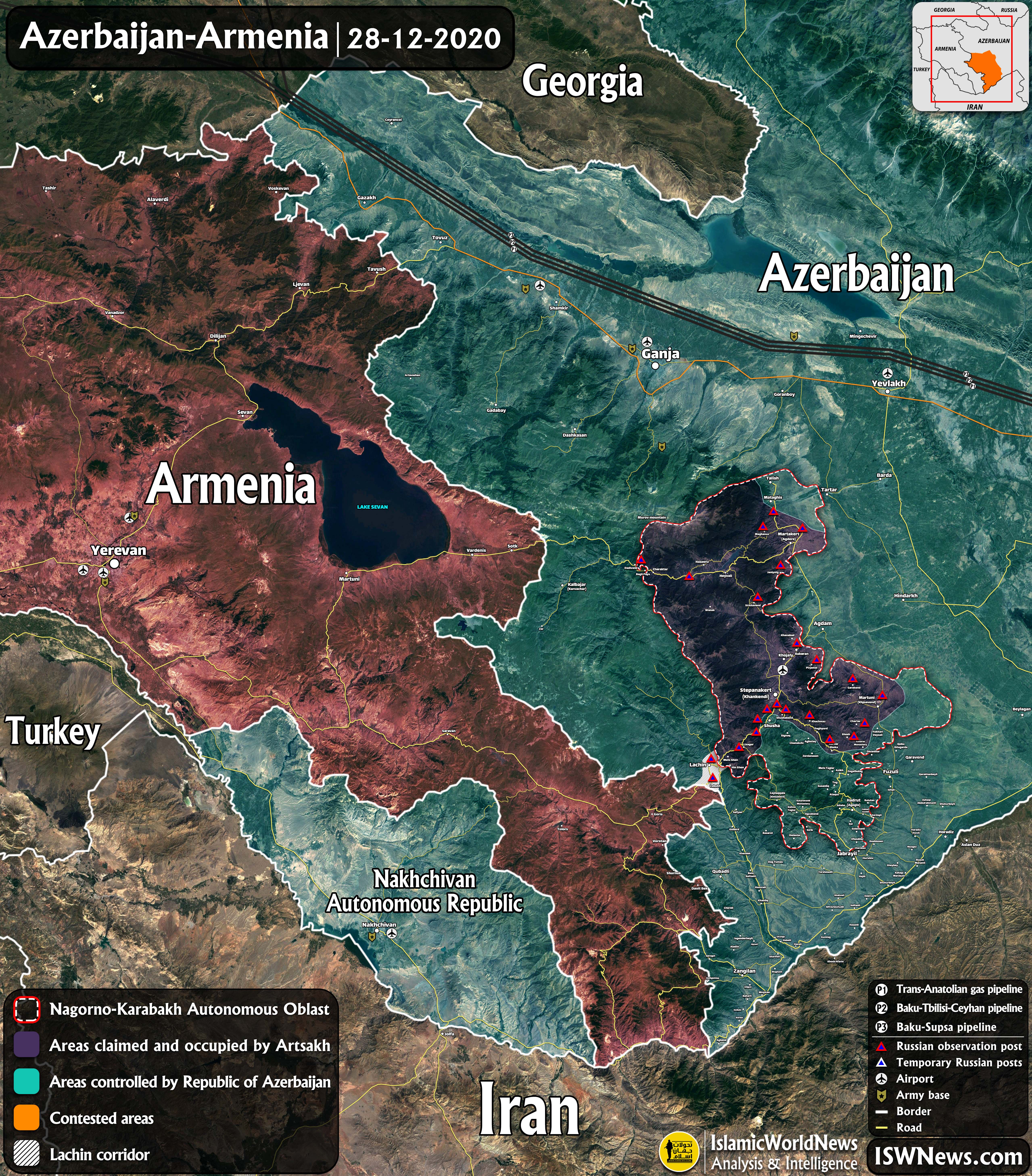 – According to the information provided by the Ministry of Defense of Azerbaijan, a group of Azerbaijani soldiers in the Hadrut region was attacked by a group of 6 Armenian forces. It is said that these forces were those who had not withdrawn from the area. The Azerbaijani Defense Ministry said that all Armenian forces were killed in the incident, and that one Azerbaijani soldier was killed and another was wounded.
On the other hand, the Artsakh Ministry of Defense rejected Azerbaijan’s claim, stating that no military clashes had taken place between Armenian and Azeri forces in the past two days, and that Azerbaijan’s claim was false and propaganda.

– According to information of Russian Ministry of Defense, more than 300 hectares of Karabakh land and 120 km of roads are cleansed from mines and booby traps and 12000 explosive objects were found and destroyed.

– According to Russian Ministry of Defense, since the ceasefire in Karabakh around 44600 of Armenian inhabitants of Karabakh returned to their homes.

– The joint Turkish-Russian ceasefire monitoring center is expected to start working in January 2021 in the Agdam.

– The Ministry of Defense of Artsakh released the names of 47 other Armenian soldiers who lost their lives in the battles of Nagorno-Karabakh.

– Azerbaijan Ministry of Defense released photos, names, surnames and information of 2823 Azerbaijani soldiers who were killed in Karabakh war.

– 4 Armenian and 2 Azerbaijani POWs have been exchanged between the two countries by Russian mediation, according to General Rustam Muradov, commander of the contingent of Russian peacekeepers in Karabakh.

– 3 Azerbaijani soldiers were reportedly injured by an anti-tank mine blast near Hadrut.