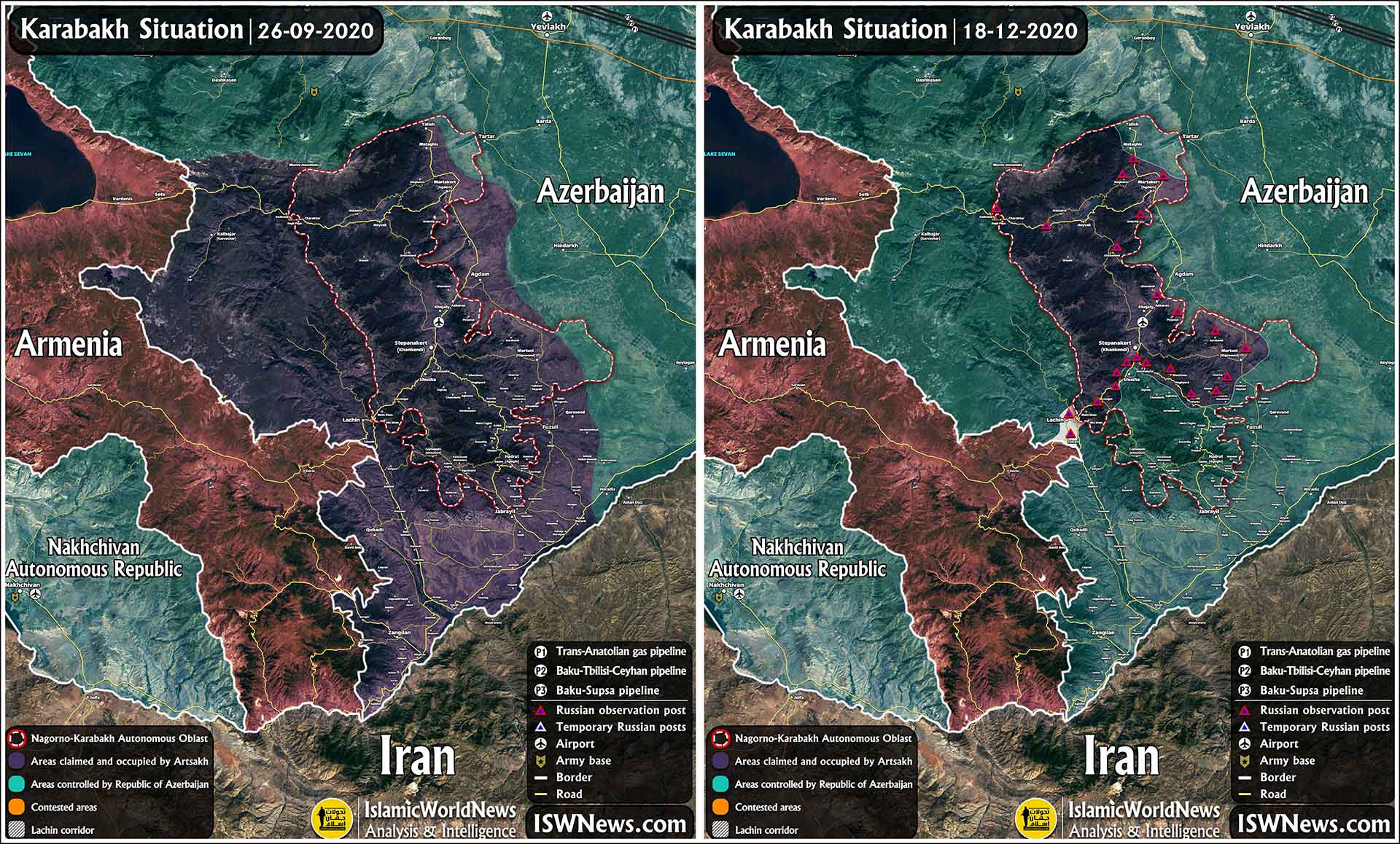 – In the map the military situation before and after Azerbaijan operation in Karabakh can be seen. Azerbaijan army liberated captured 50% of the lands in south of Karabakh in a period of 44 days from 27 September to 10 November. It was followed by a peace agreement between Azerbaijan and Armenia in which sovereignty of areas Aqdam, Kalbajar and Lachin were left to Azerbaijan government. Armenian forces control almost 55% of Nagorno-Karabakh Autonomous Oblast area.

– After the conflict between Azerbaijani and Armenian forces in Khtsaberd and Hin Taglar front, 73 Armenian troops are missing. However bodies of nine Armenians were found near Khtsaberd. It is not clear if they are part of the missing troops.

– According to information of Russian Ministry of Defense, more than 195 hectares of Karabakh land and 87 km of roads are cleansed from mines and booby traps. The number of bombs and arms neutralized reach 73,500.

– According to Russian Ministry of Defense, since the ceasefire in Karabakh around 41 thousand of Armenian inhabitants of Karabakh returned to their homes.

– Turkish army deployed 136 sappers to Azerbaijan. They will help Azerbaijan to cleanse and neutralize the mines and unexploded ammunition.

– Agkend village in south of Kapan in Rayun Zangilan was left to Azerbaijani forces. In the last few days Armenian forces resisted to retreat from the area but finally moved by Azerbaijan ultimatum.