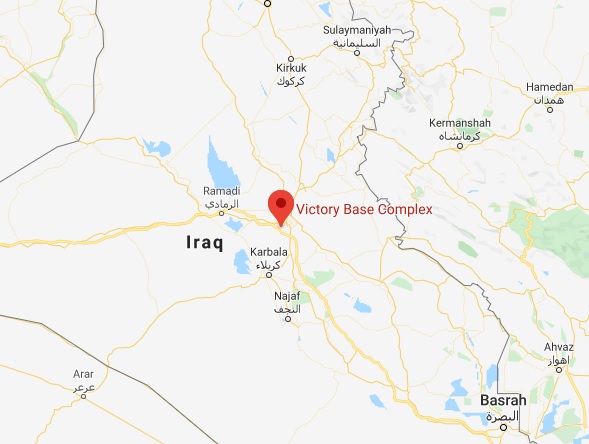 ISWNews Analysis Group: The Victory base was targeted by several rockets near Baghdad International Airport on Saturday morning.

According to Iraqi security sources, three rockets were fired at US Victory bas near Baghdad Airport.

It is worth mentioning that yesterday, more than 5 attacks were carried out on the logistical convoys of American terrorists in different parts of Iraq, and the group of Ashab al-Kahf claimed responsibility for these attacks. The group also stated that two Spanish advisers had been targeted in one of the attacks.