Marib dam was liberated; ISIS and al-Qaeda still could not stop Ansarallah! 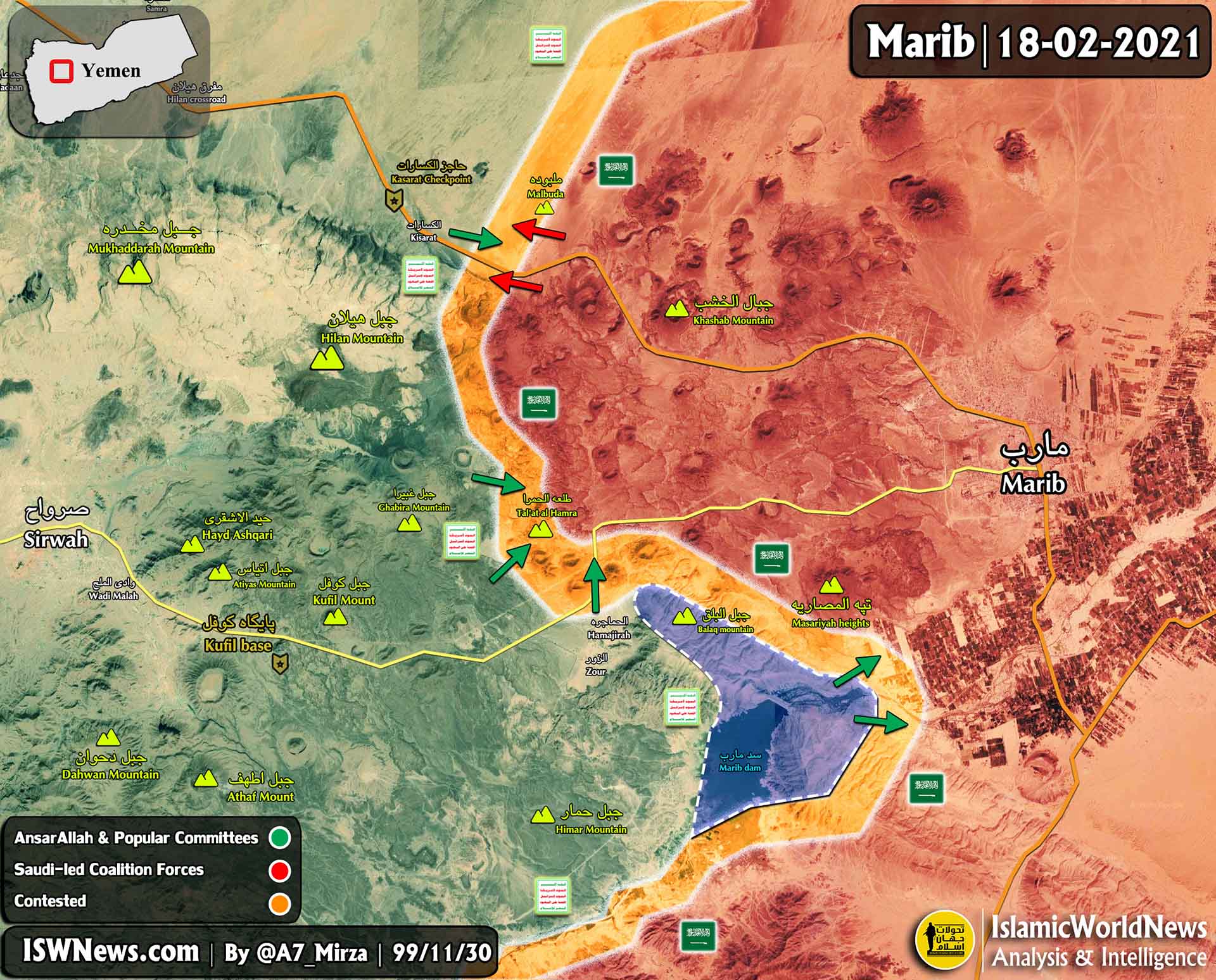 ISWNews Analysis Group: Following Ansar Allah’s operations against the Saudi coalition in Marib province, the strategic Marib dam, as well as al-Balaq mountain were liberated from the control of the Saudi-led forces.

Ansar Allah managed to liberate the Marib dam and al-Balaq mountain after clashes with the Saudi-led forces, al-Qaeda and ISIS terrorists on the western front of Marib city.
Also the southern heights of the Kufil base, such as Dahwan and Athaf mountain, Kholan area, etc. came under Ansar Allah control after gradual retreat of Saudi-led forces from these area during the past week.

Currently, clashes continue in the Tala’at al-Hamra area and east of Hilan, and al-Qaeda and ISIS militants are still stationed on these fronts.
Saudi coalition warplanes have bombed the front more than 11 times in the past 48 hours.

The historical Marib dam is located in the southwest of the city of Marib and due to its height and important location, it has a strategic role in controlling this area. The Marib dam is said to date back to 4,000 BC and has been rebuilt in recent years. The dam has an area of ​​about 30 square kilometers and its capacity is estimated at 400 million cubic meters.
During the Yemeni war and in May 2015, the Marib dam witnessed clashes and bombings by Saudi coalition warplanes, which also caused damage to the dam wall. After that, Ansar Allah forces withdrew from the dam to the eastern part of Sarwah and now, after 6 years, they have regained control of it.

With Ansar Allah completely dominating the Marib dam and crossing it, the southern road to Marib city is now under the fire control of Ansar Allah forces and Yemeni popular committees, and in future developments, we may see the southern Marib road cut off and the siege of this important city tightened.