The Latest News of Militants Evacuation from Northern Homs 16 May 2018; Syrian Flag Raised in al-Rastan and Talbisah. 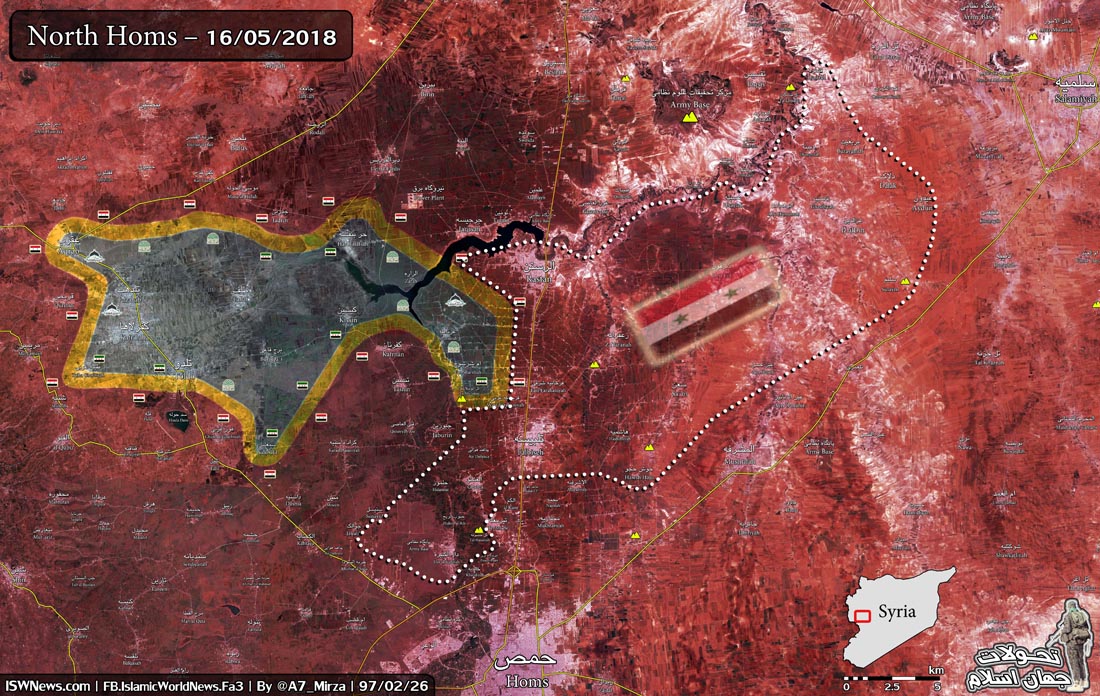 Islamic World News Analysis Group: With the arrival of the Syrian Army and police units to the northeast of Homs & southeast of Hama, the Syrian flag was raised in this region

Fallowing the evacuation process in al-Rastan pocket, last night during the 7th phase of evacuation, near 3950 militants along with their families left the Dar al-Kabirah area towards the northern Syria.

So far, near 31,273 militants and their families have left northern Homs based on the reconciliation agreement between the Syrian government and the armed groups.

Today, with the arrival of the Syrian army in the important towns of al-Rastan and Talbisah, the Syria flag raised in these towns.

It should be noted that the General Command of the Syrian Armed Forces already announced the liberation of 1200 square kilometers and 65 villages in southern Hama and northern Homs.

Today, the Syrian army and military police spreading in the left side of the pocket, so tonight or tomorrow the whole pocket will be in full control.