Village Taqsis Returns to Nation in North of Homs Pocket 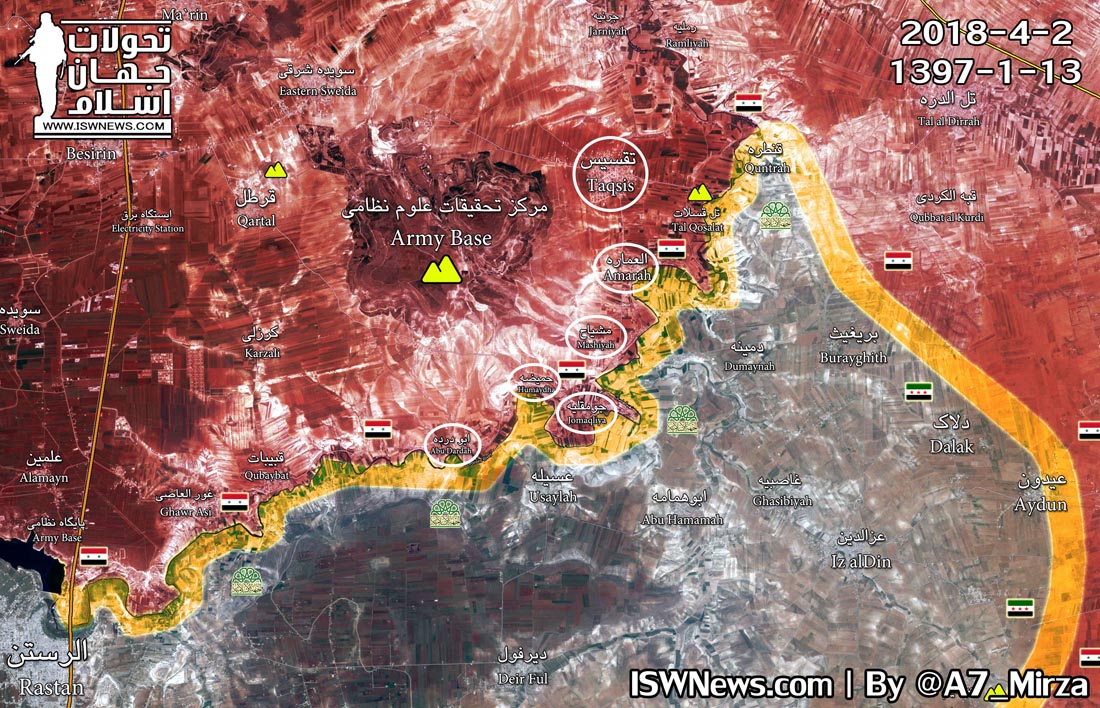 Islamic World News Analysis Group: After a long time of stagnation in Homs’ north front, with entering of Syrian Army to village Taqsis and villages around, SAA advances start in north of Homs pocket.

Taqsis is a village in Hama governorate; however due to high dominant of mount Taqsis over village Taqsis was always the contact line between militants and Syrian Army and most of the time it was empty of militia; nevertheless, due to its strategic situation in previous years, it was used by militia to attack and run to northern villages in suburb of southeast of city Hama and was a threat for Hama.

Eventually by evacuation of militia from Eastern Ghouta of Damascus and also weakening of militia situation in north of Homs and possible peace negotiations in this region; the first significant move in this direction which is Syrian Army advance in northeastern axis of siege is answered by warm welcome of inhabitants.