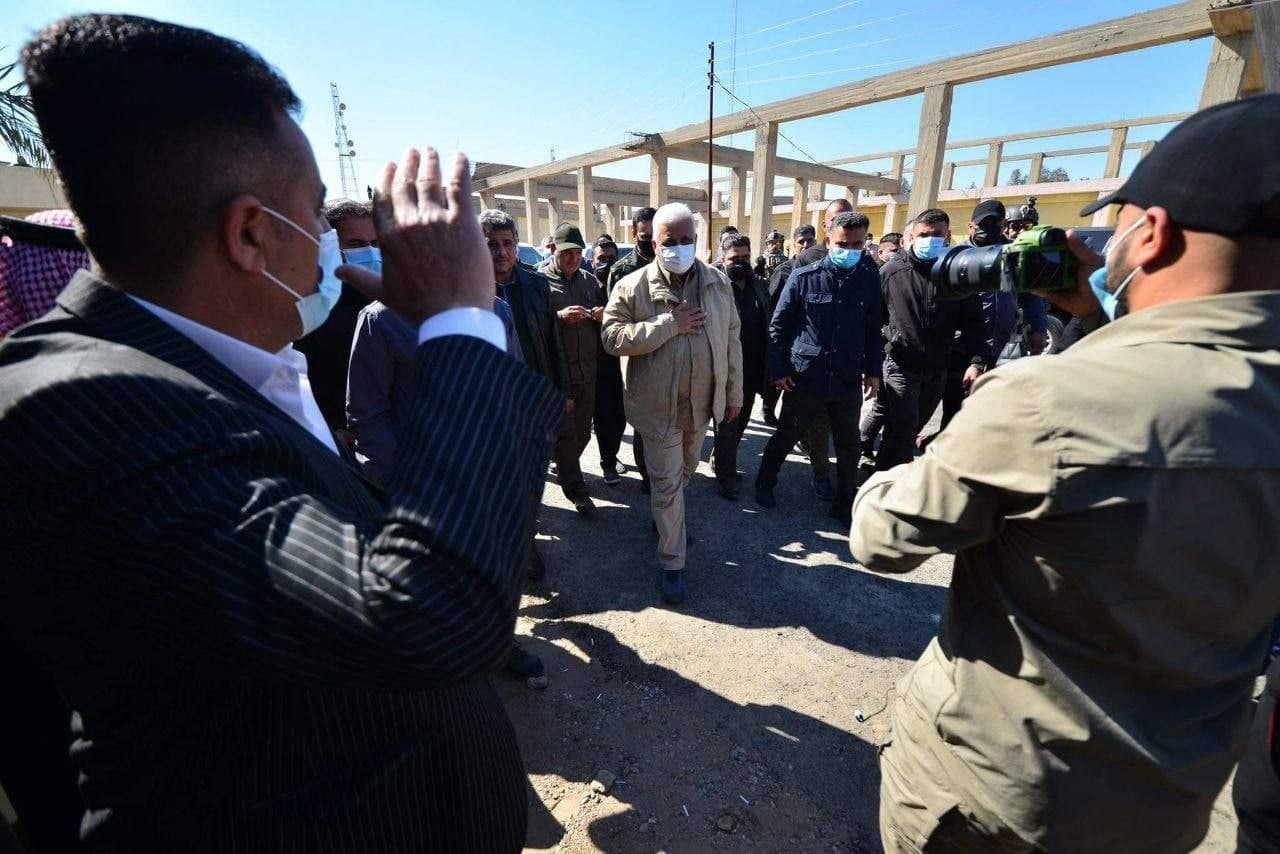 On February 20, the Hashd al-Sha’abi (PMU) forces and the Iraqi army, after receiving information about the ISIS meeting in the village of al-Tabi in the Taramiyah area in northern Baghdad, raided and clashed with terrorists in the area and killed five ISIS operatives, including ISIS Mufti and governor for the Taramiyah area. Also several ISIS operatives were wounded and taken prisoner by the PMU forces. Three members of the PMU were martyred and two others were wounded.
However, ISIS media claimed that 11 members of PMU were martyred in the clashes.

According to information, the ISIS meeting was to discuss how and when to carry out suicide bombings in Baghdad.

The commander of the PMU’s operation command in Baghdad also met with forces wounded in Taramiya area.

Falih Alfayyadh, head of the PMU, while attending the Taramiyah area and meeting with field commanders, announced: A new security equation has been created in Taramiyah. Falih Alfayyadh said that the PMU forces present in the region and their counter-terrorist operations should be supported.

The operation in al-Taramiyah area, which is one of the most important areas of Baghdad’s security belt, ended after Iraqi Prime Minister Mustafa al-Kadhimi arrived in the area and met with field commanders.