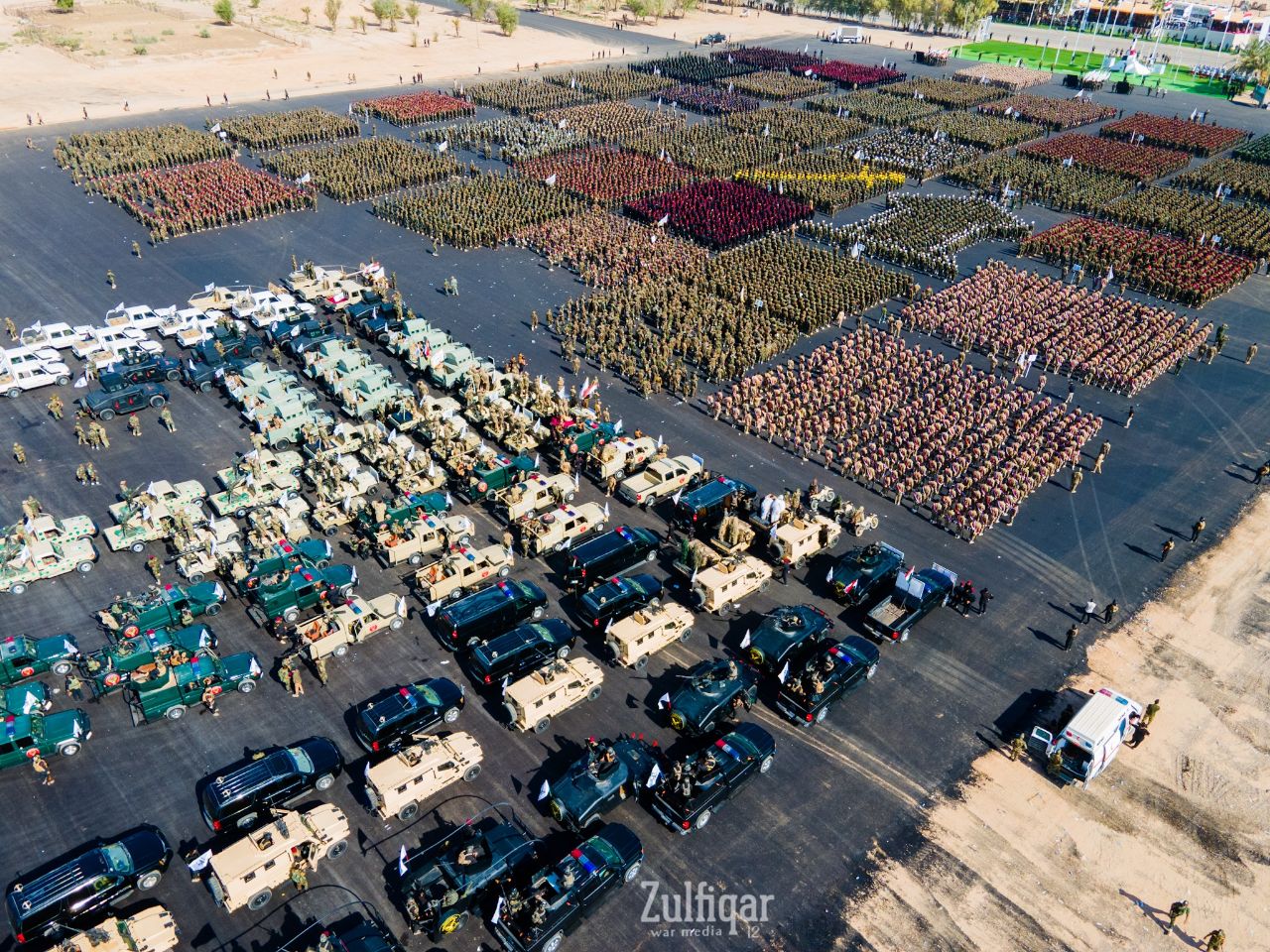 On July 23, the 8th anniversary of the founding of the Iraqi Popular Mobilization Units also known as Hashd al-Sha’abi was held with a special ceremony and a parade in the presence of military commanders and officials of the country at the Martyr Abu Montazer Al-Mohammadavi base (former Ashraf Camp) in Diyala province.

The Iraqi Hashad al-Shaabi (PMU) parade, marking the eighth anniversary of the organization, was held in the presence of Mustafa Al-Kadhimi, Prime Minister and Commander-in-Chief of the Iraqi Armed Forces, Hashd al-Sha’abi commanders and Iraqi officials at the Abu Montazer al-Muhammadawi military base (former Camp Ashraf) in Diyala province.

Among the interesting points of this parade, we can mention the presence of “Safir” jeeps armed with 106 cannons and “Dehlavieh” anti-armor missiles manufactured by the Islamic Republic of Iran. Also, for the first time during this parade, “Al-Abhar” armored vehicles belonging to the Popular Mobilization Units were put on public display.