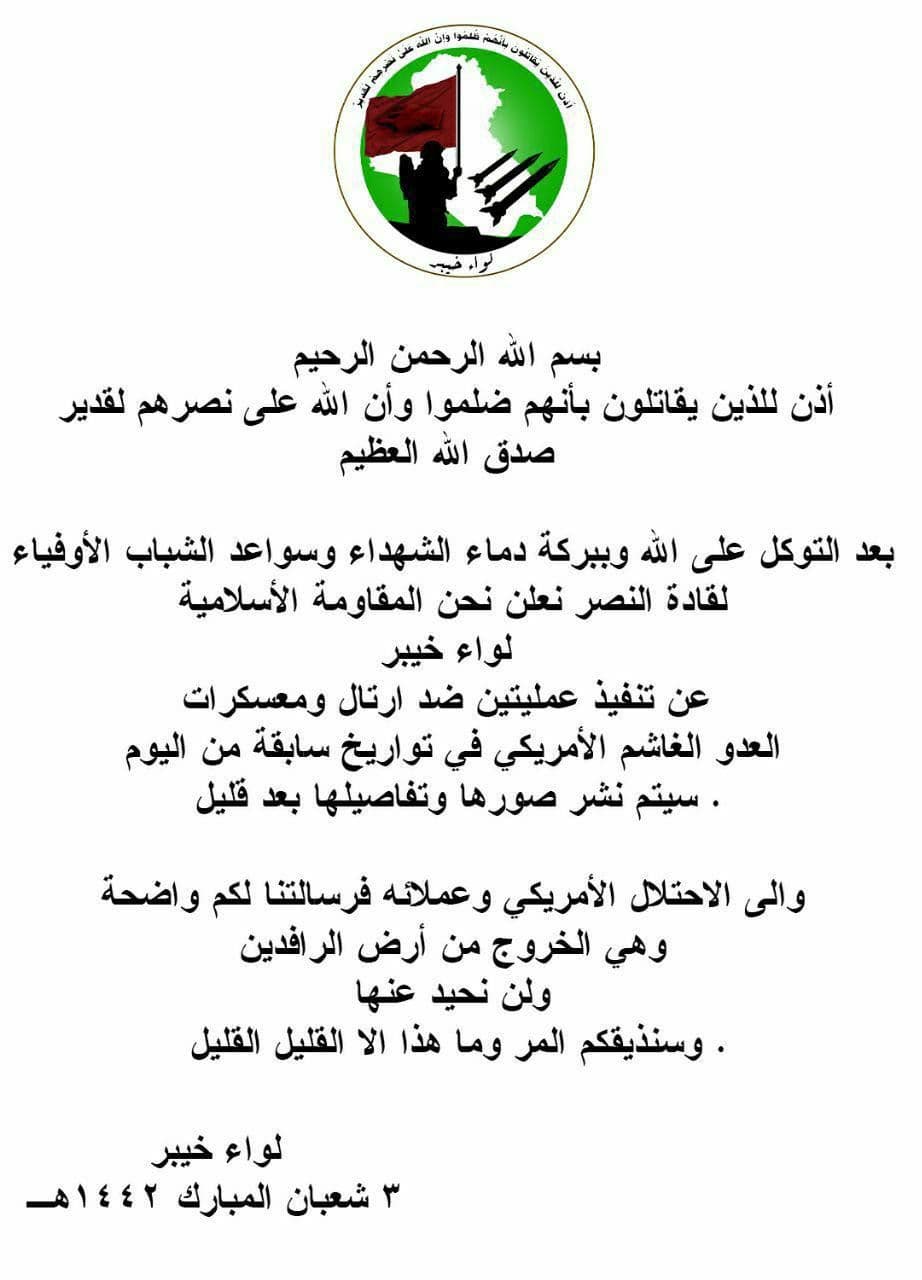 ISWNews Analysis Group: A newly formed Iraqi group “Khayber Brigade” claimed responsibility for the attack on the logistical convoy of the American forces and the attack on Ain Al Asad Airbase in Iraq.

The “Khayber Brigade” group released two videos from the moment of the explosion in the route of the logistical convoy of the American forces in the Yusefiyah area of Baghdad on February 8 and the moment of the rocket firing towards the Al Asad Airbase on March 3.