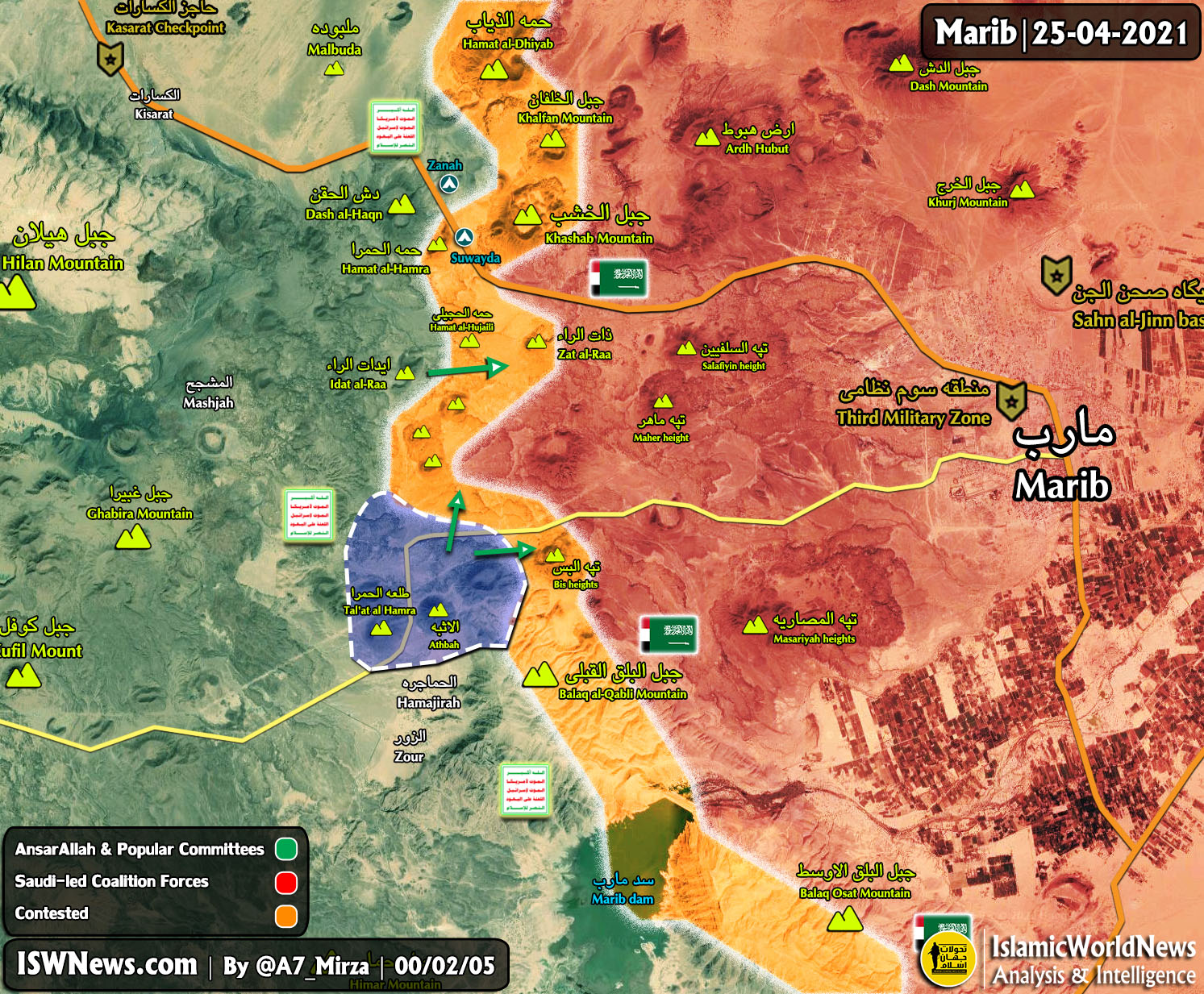 ISWNews Analysis Group: Ansar Allah and popular committees forces captured the strategic heights of Tala’at al-Hamra and the surrounding heights in west of Marib city from the Saudi-led forces.

According to an ISWNews field source, Ansar Allah has succeeded in liberating the important area of Tala’at al-Hamra after three days of heavy fighting.

The Saudi coalition has been trying to maintain the defensive line west of the city of Marib in recent months with the deployment of al-Qaeda and ISIS militants in the Tala’at al-Hamra heights, but was eventually shattered by Ansar Allah’s continuous attacks.

Tala’at al-Hamra was considered an important defensive line for the Saudi coalition on the western front of Marib city.