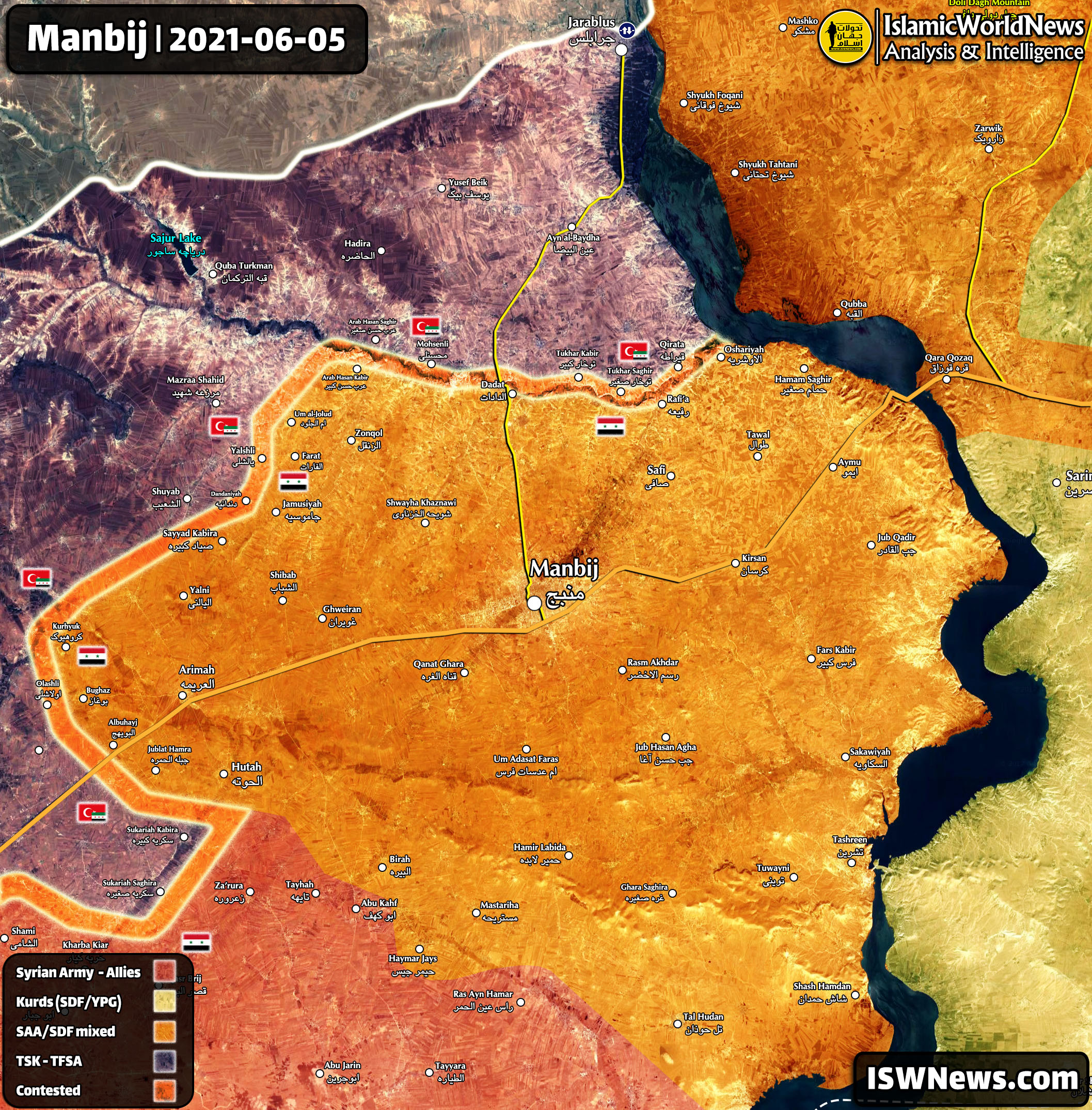 The situation has calmed down a bit after the widespread deployment of security forces in Manbij and talks with tribal elders and local officials. Following these events, the Asayish officials announced that from now on, the conscription will take place after consulting with the Manbij local authorities, and all the detainees of the last few days will be released. The forces that fired on the people will also be dealt with.

The city of Manbij has a population of about 100,000 and most of the population of Manbij is Arab. This alone is a major problem for the Kurdish separatist ideals in northern Syria. Hence, the Manbij city has been the site of many conflicts between regional and local powers in recent years.
The city of Manbij has been under the control of YPG forces since 2016; However, some YPG policies, such as forced conscription from among the Arabs, have led to Arab dissatisfaction with the YPG and SDF, and on the other hand, the YPG is deeply concerned about the desire of a significant part of the people of Manbij to regain control of the region to the Syrian government.