New details of the recent drone attack on Erbil; Mossad the target of Iran’s drone strikes! 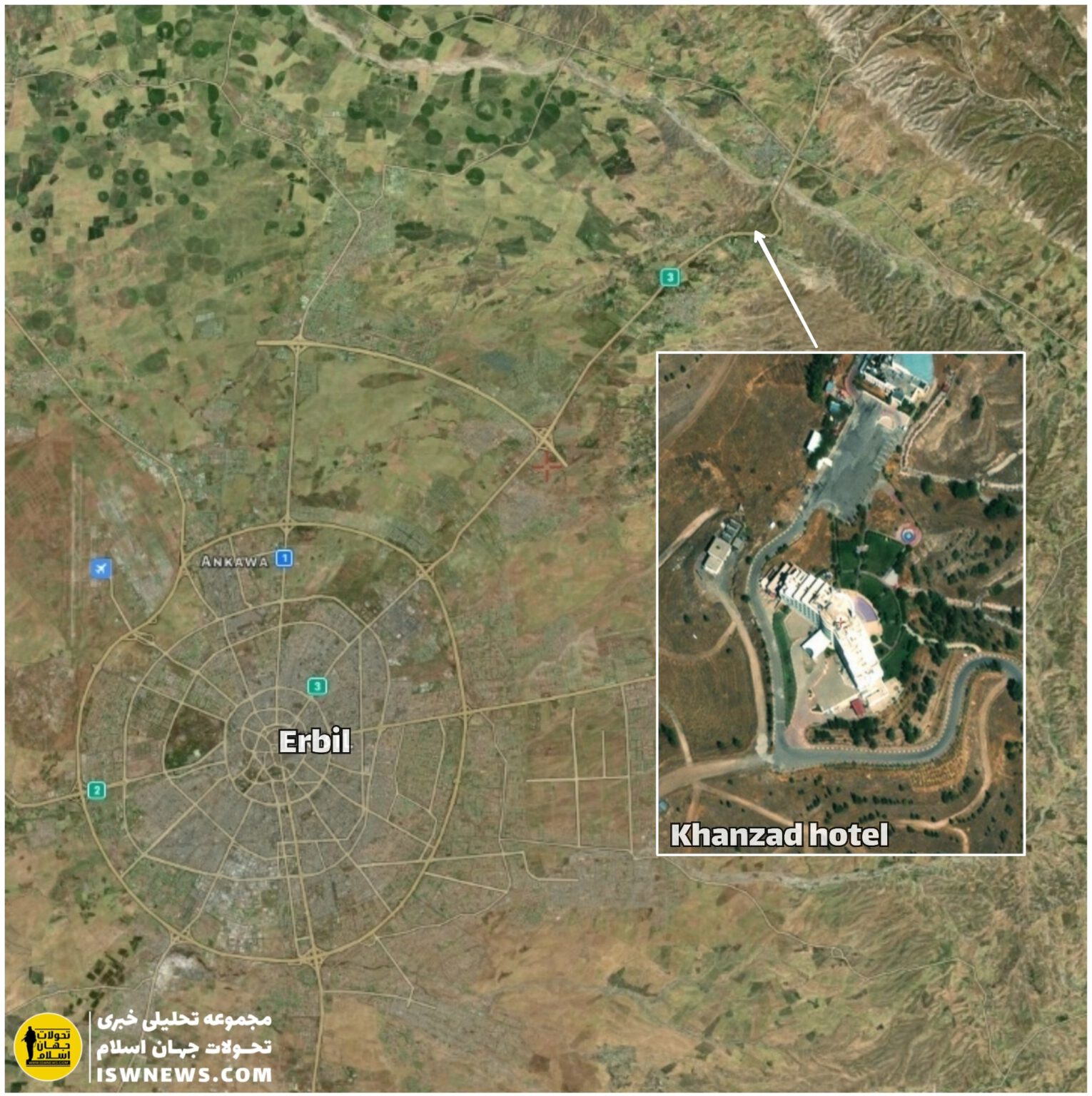 Based on intelligence obtained by ISWNews, the recent drone attack in northeast of Erbil city was carried out by Iran and resistance groups and the targets were the Israeli Mossad forces.

During the attack, which took place on the early hours of June 26, the resistance forces after observing the movements of Mossad operatives and special operations agents, attacked the Zionist positions in northeast of the city of Erbil in northern Iraq with five suicide drones. Informed sources told ISWNews that at least three Mossad operatives were killed and several others were wounded as a result of the attack and taken to Israel.

According to the information mentioned in the previous news, three suicide drones attacked the village of Bragh and the Israeli gathering at the Khanzad Hotel, and two others attacked targets in the village of Gomaspan.
Of these drones, one was unsuccessful in its operations, and the rest of the drones successfully completed their mission.

This is Iran’s second attack on Israeli Mossad forces in Erbil and the fourth in a year by resistance groups on US and Israeli positions in Erbil.

The list of past attacks is as follows:
1- The rocket attack of Saraya Oliya Al-Dam group on the US positions in Al-Harir base on February 15, 2021.
2- Attack on Mossad Special Intelligence and Operations Center in Erbil, unknown location, on April 13, 2021.
3- Drone attack on Erbil Airport, on April 14, 2021.
4- Attack on Mossad positions in northeast of Erbil, location: Bragh village on Khanzad hotel and Gomaspan village on June 26, 2021.