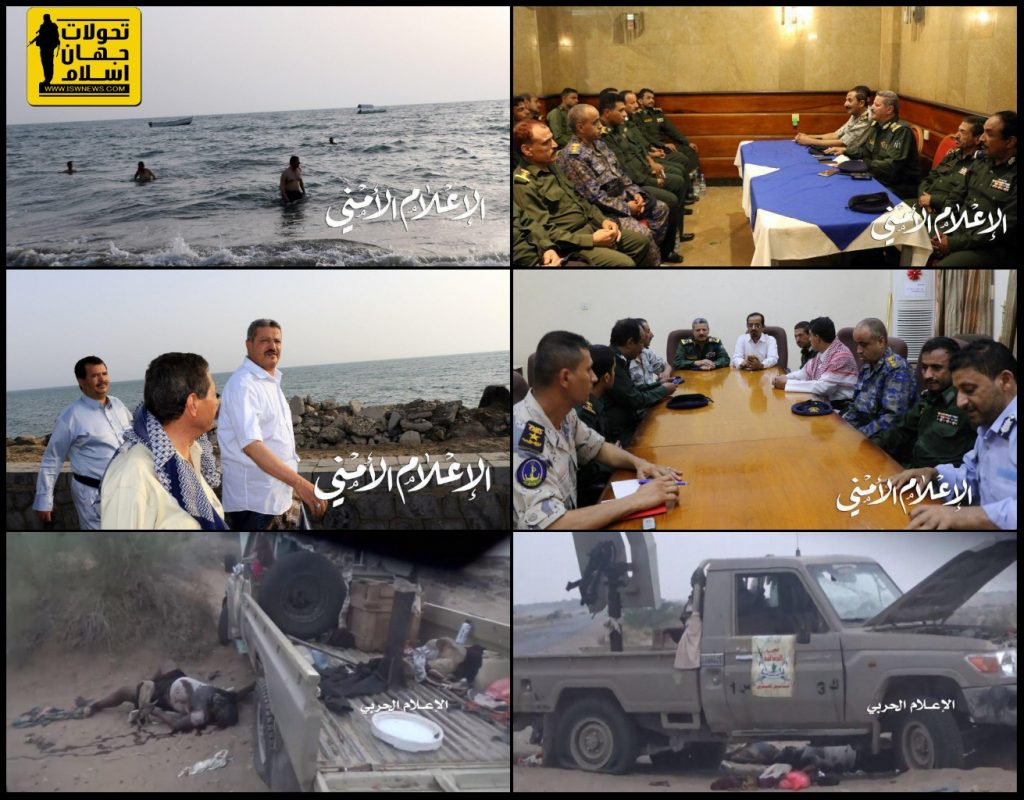 Photos showing fronts in al Hudaydah and visiting and meetings of General Abdul Hakim Mawiri, state minister of Yemen, of this city.

“Operation on western shores was US decision and they observe the operation and soldiers of Hadi are only their puppets.

The enemy can start an operation in al Hudaydah but they cannot decide the result. Attacks on shores are controllable and can be used against assaulters.

This is the most important point to defeat enemy’s strategy. The important point is the unity of people in cities and strengthening of the army with free tribes and inhabitants of al Hudayda governorate. The confrontation with enemy on western shore should be in media and with the help of people.

I never am concern about enlisting new forces from people and tribes for al Houthis. If we do our responsibilities we are the winner.

After incidents of 2001, Yemen was the third goal of US, so they do not want their soldiers to be killed but their puppets to be sacrificed for free for them.

It is not surprising that USA and Saudi Arabia are doing crimes in Ramadan and do not hold any respect for it. Saudi and Emirates spent billions of dollars to support extremists in some governorates to kill Yemeni people. Those who control western shore engagements are Saudi and Emirates soldiers and under command of Israeli, American and British Joint Operation Commanding Room. (Al Alam)

2. The latest updates on al Hudayda

3. Firing a Qahir missile to the position of the Saudi coalition in al Jawf.

4. Continuity of engagement in Kadhah area in western front of Taiz.