Map of Turkish-Russian-Iranian “Observation Posts” around the Idlib Province. 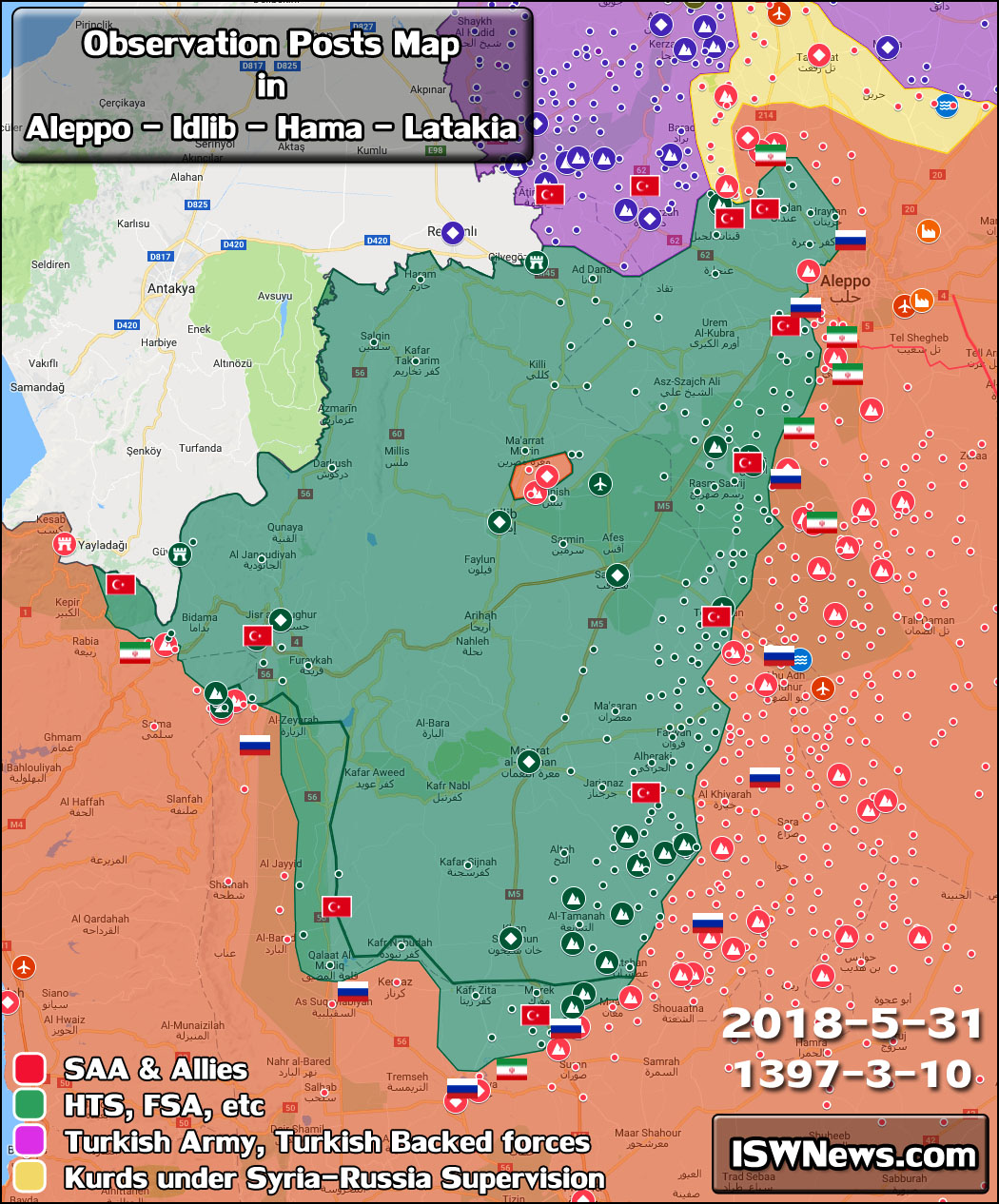 Islamic World News Analysis Group: The “Observation Posts” of Turkey, Russia and Iran establishing around the Idlib province in order to monitor the implementation of the de-escalation agreement and preventing the ceasefire violation in northwest Syria.

According to an agreement between Russia, Iran and Turkey in the Astana talks, known as “de-escalation zone” agreement; the Turkish forces officially entered western Syria on last October and started to build their “observation posts” around the Idlib province.

Following this agreement, recently the Russian Defense Ministry released information on the “observation posts” of this three countries around the province of Idlib.