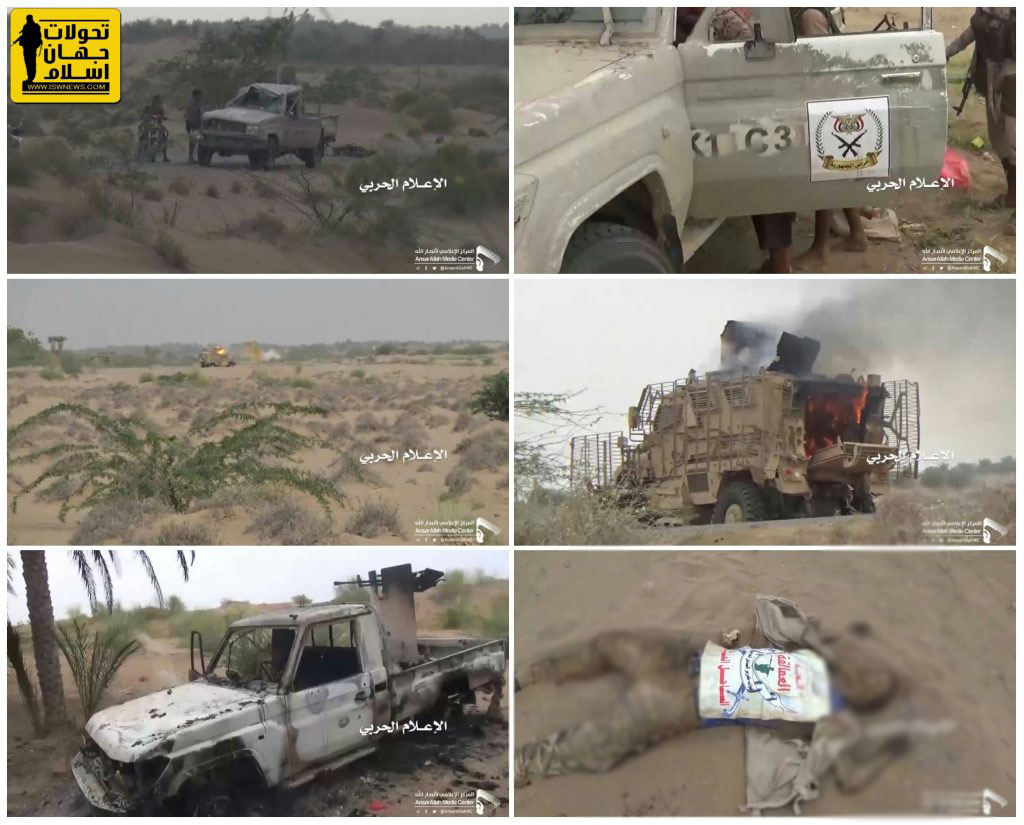 AnsarAllah advances in despite of air raids of al Hudaydah by the Saudi-led Coalition.

Engagements have reached al Faza right now so al Jah and Husayniyah are reclaimed from Emirates backed forces and are under control of the Army and AnsarAllah.

US media (Wall Street Journal) reported yesterday that UAE and Saudi requested from US to participate in the operation in al Hudaydah. It also emphasized that the request is under process by USA.

“I have to tell the emissary of UN that for the first step, the salaries of government employees have to be paid. If this does not happen, he will treated same as previous emissaries (AnsarAllah officials did not meet with Ismail Ould Cheikh Ahmed last emissary of UN in his trip to Sanaa) (Al Alam)

In the same context, Khalid al Yamani, the Minister of Foreign Affairs in Hadi’s resigned government, emphasized on AnsarAllah’s political presence in Yemen’s future if they accept the conditional negotiations.

3. Mahdi al Mashat in meeting with emissary of UN:

We hope that during your trip, the siege of Yemen’s harbors and Sanaa airport breaks and employees be paid. Assassination of Saleh al Sammad (last head of Supreme Political Council of Yemen) and attacking al Hudaydah are signs of no determination to stop the war.

4. Engagement between Emirates supported forces and anti-Emirates militia in Bariqa district in Aden.

5. Missile attack to Yanbu` harbor by missile unit of the Army and AnsarAllah

Yanbu` harbor is an important economical harbor in Red Sea which is in Madinah governorate in west of Saudi Arabia. Some local unofficial media reported that there were high explosion and heavy smoke which is not confirmable for us at the moment.