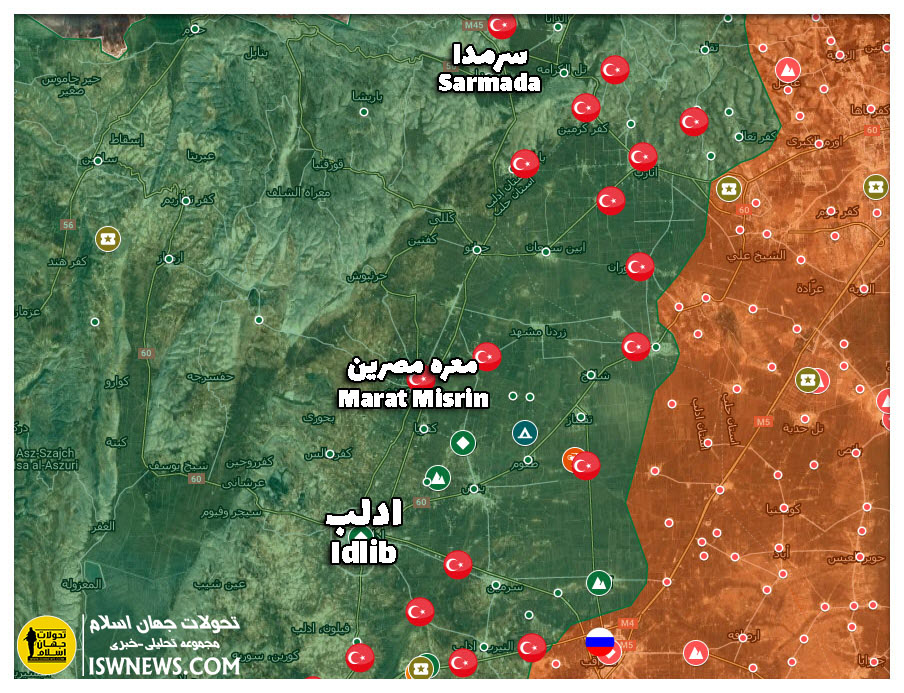 ISWNews Analysis Group: A number of Turkish Army soldiers and Turkish-backed militants were killed and wounded when a Turkish Army vehicle was targeted by a roadside bomb on the Sarmada-Idlib road.

On the evening of October 16th, a Turkish Army vehicle was targeted by a roadside bomb on the Sarmada-Idlib road near the town of Ma’arat Misrin. According to initial reports, two Turkish soldiers were killed and three others were wounded in the incident. Three Turkish-backed militants were also wounded.

It should be noted that a Turkish military post is located near this town. (Online map)

On October 10, two Turkish soldiers were also killed when a Turkish military vehicle was hit by a guided missile on the outskirts of Mare’ in north of Aleppo province. The Turkish casualties in Syria is dramatically raised in recent weeks.