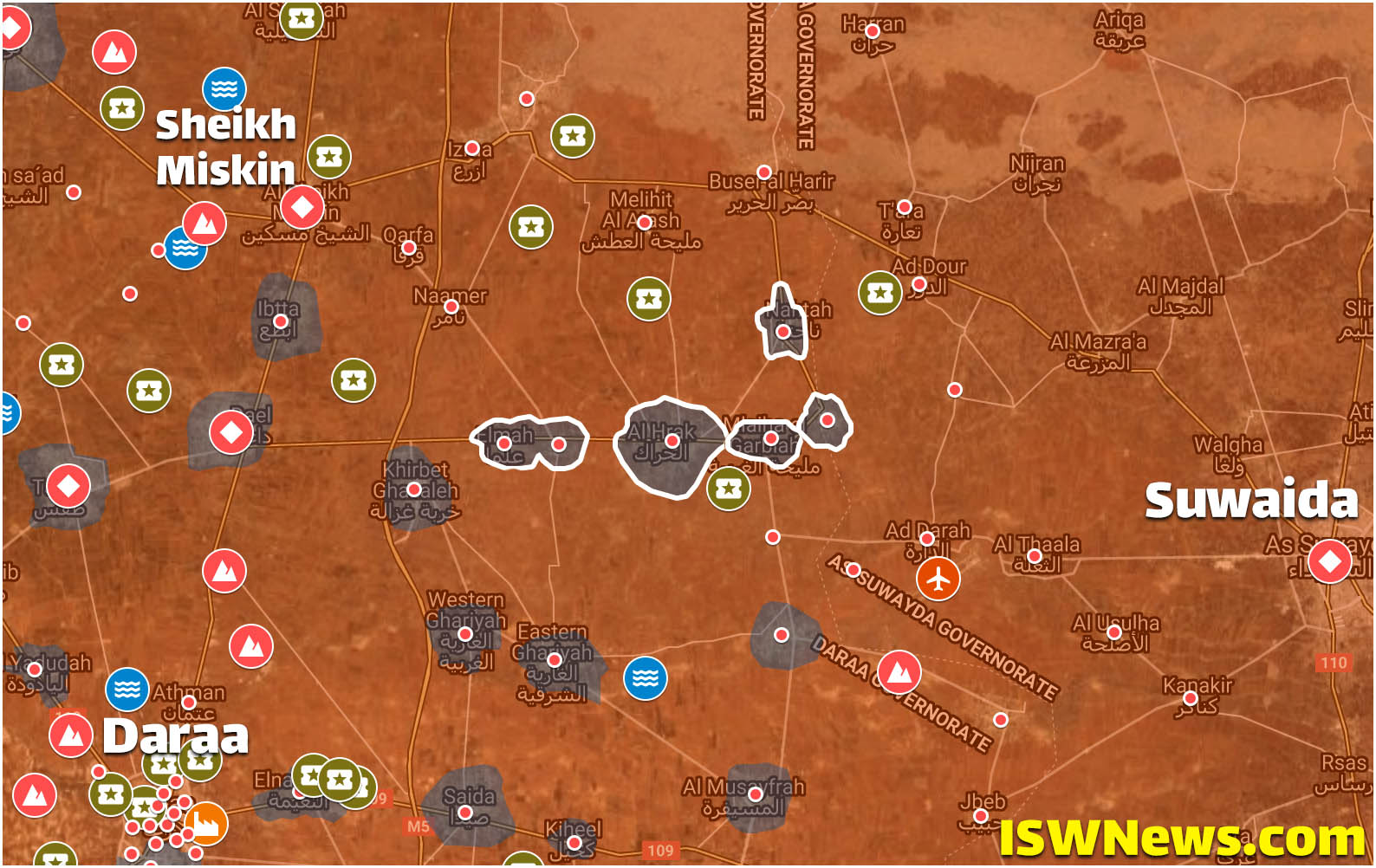 ISWNews Analysis Group: Following the continuation of the reconciliation plan in Daraa province, the Syrian army entered the villages of Alma, Soura, Maliha Sharqiyah and Gharbiyah located in the east of the province.

On October 20, several SAA commanders and Russian Military Police units, along with representatives of the town of Harak, entered the two villages of Alma and Soura, in the east of Daraa province. Simultaneously with the arrival of the Syrian delegation in these areas, the roads of Harak, Alma and Soura were blocked by the military forces and the investigation of the suspicious areas began and it was decided that the military forces would leave this road after clearing and inspecting the suspicious areas.

According to “ISWNews” sources, the Syrian army entered the town of Nahta, south of Busr al-Harir, together with the Russian Military Police. And after the deployment of the Syrian military in the town municipal, the process of handing over the weapons to the Syrian army and determining the situation of fugitive soldiers is scheduled to begin.

Also on October 21, the Syrian army units begin combing operations in the villages of Maliha al-Gharbiyah and al-Sharqiyah and their surroundings within the framework of the agreement in the area.