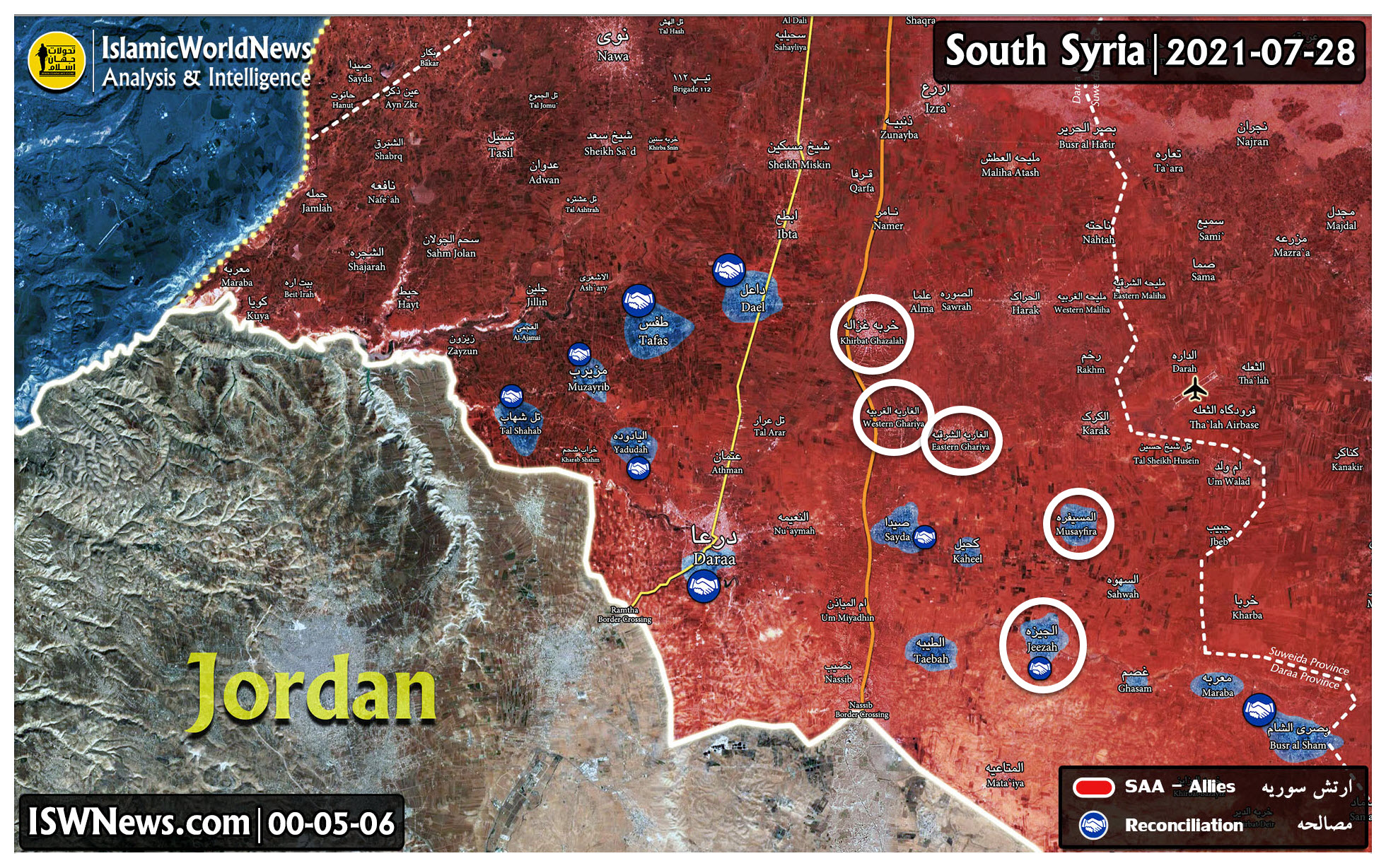 ISWNews Analysis Group: Following the reconciliation plan in Daraa province, several other towns in the province joined the national reconciliation in an agreement with the Syrian army.

On Sunday morning, after the militants reached an agreement with the Syrian army, the deployment of Syrian troops began in the villages of Al-Ghariyah al-Sharqiyah and Al-Gharriyah al-Gharbiyah and the town of Kharbah al-Ghazalah to determine the status of the militants and fugitive soldiers in these areas.

It is worth mentioning that after the reduction of tensions and clashes in Daraa province, which took place as a result of negotiations between the Syrian army and the militants mediated by the Russians, the areas such as Daraa al-Balad, Yadoudah, Tafas, Tal Shahab, Zayzun, Muzayrib, Dael, Ibta, Nawa, Jasem, Kaheel, Nassib, Umm al-Mayazin, Tasil, al-Sahwa, and al-Karak joined the national reconciliation plan.