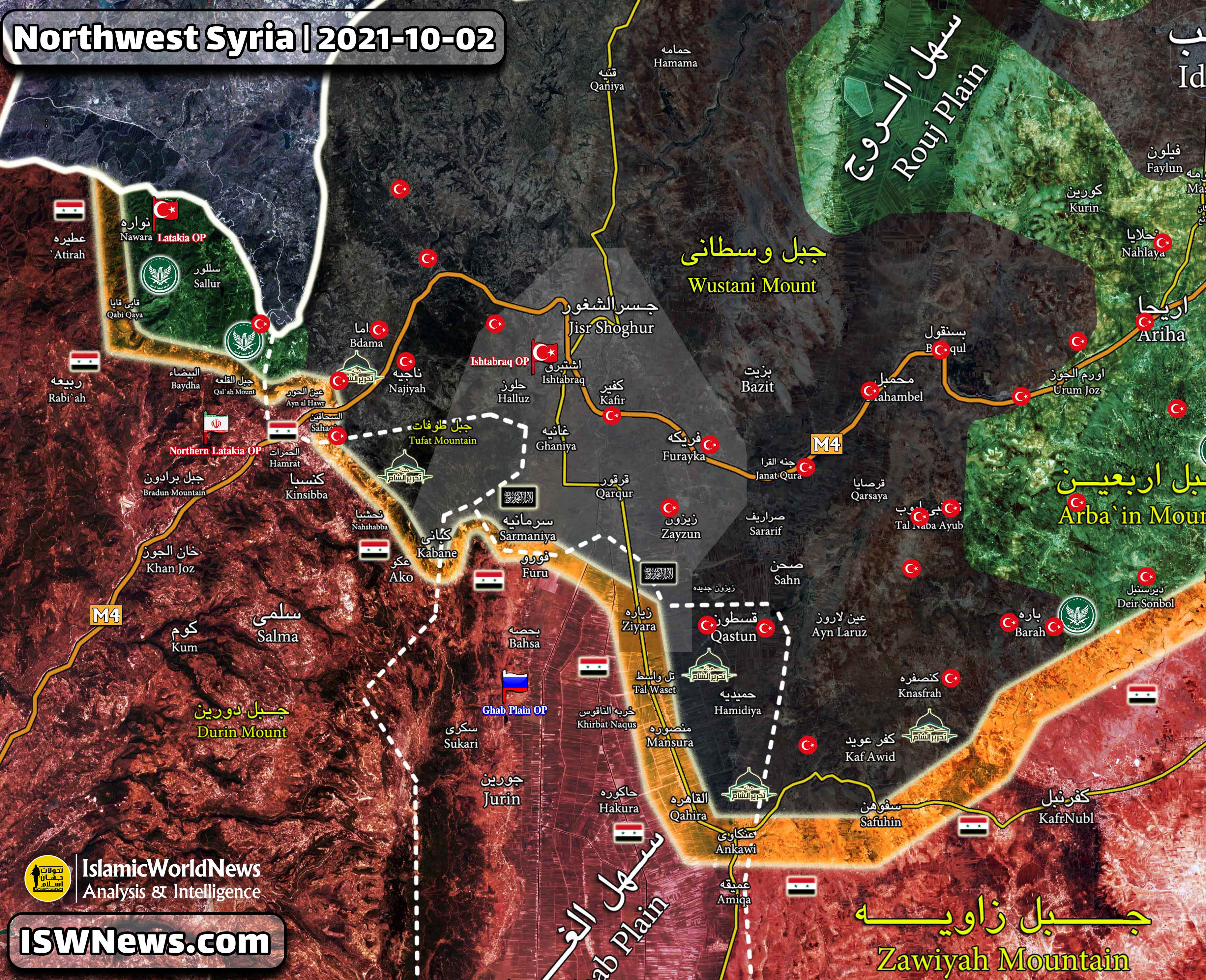 Tahrir al-Sham forces attacked positions of Ajnad al-Quqaz in the eastern and northern neighborhoods of Jasr al-Shughur. During the clashes in Jabal al-Turkmen, Jundallah militants withdrew from some of their positions in the area. A number of militants were also captured by Tahrir al-Sham.

According to the images published by Tahrir al-Sham from entering the points of Jundallah militants in Jabal al-Turkman and Jasr al-Shughur, it seems that the militants of Junud al-Sham, Ajnad al-Quqaz and Jundallah have accepted defeat and fled from most of their bases and surrendered.

It is also said that “Muslim al-Shishani”, the leader of the Junud of Al-Sham, surrendered to the conditions of Tahrir al-Sham and left Jabal al-Turkmen for Idlib.

Earlier, Tahrir al-Sham also threatened the “Junud al-Sham” who must declare their dissolution and hand over their weapons, otherwise the group and its elements will be dealt with military response. Tensions between the militants escalated when, a few days ago, Muslim al-Shishani criticized al-Julani in an audio file stating that Tahrir al-Sham was trying to link Junud al-Sham militants to ISIS, to justify fight with Junud al-Shama and remove the group. However, given the current situation, it seems that al-Shishani’s work as an independent and autonomous individual in Jabal al-Turkmen has come to an end.

The Tahrir al-Sham is currently expanding its dominance and influence in Idlib province and northwestern Syria, and the militants oppose the Tahrir al-Sham if they do not accept their conditions for handing over weapons, disbanding the group and joining the Tahrir al-Sham; They have to wait for the armed battle and the attacks of Tahrir al-Sham. On the other hand, some figures close to the militants believe that Tahrir al-Sham’s attack on old and experienced armed groups such as these groups, especially on the Jabal al-Turkmen and Kabani, has weakened the fronts And eventually will lead to the loss of important areas such as Kabani.