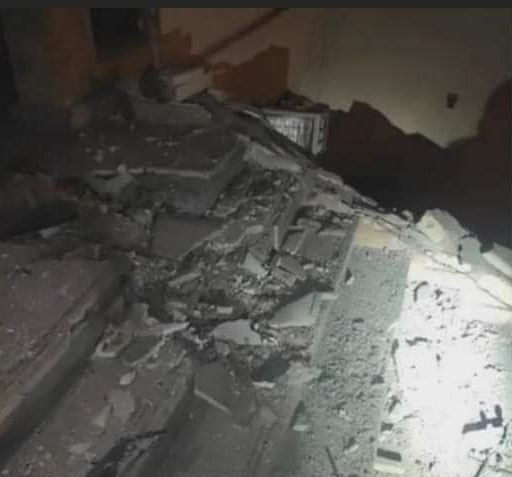 ISWNews Analysis Group: In the early hours of November 7, three drones loaded with explosives targeted the house of the Prime Minister Mustafa al-Kadhimi in Baghdad.

The drone attack caused damage to the building where he was staying in Baghdad. Six members of al-Kadhimi’s security team are also said to have been injured.

Following the incident, al-Kadhimi tweeted that he was healthy and implicitly accused Iraqi resistance groups of carrying out the attack. “I have been and am a devoted for Iraq and its people,” al-Kadhimi wrote in the message. “The missiles of betrayal do not disappoint the believers and will not disrupt the will and stability of our security forces in creating security for the people. Praise be to God, I am good and I am among my people. For the sake of Iraq, I call on everyone to remain calm and restrained.”

Kataib Hezbollah have also issued statements denouncing al-Kadhimi’s assassination operation and denying responsibility for the incident. “According to our information, no one in Iraq is willing to lose their drone in the house of the former prime minister, and playing the role of ‘victim’ has become a vicious tactic,” Abu Ali al-Askari wrote in the message. “If someone wants to harm this Facebook creature, there are much cheaper and safer ways.”

Following the assassination attempt, the US embassy called it a terrorist attack on the heart of the Iraqi government. Muqtada al-Sadr, the leader of the Sadr faction, also called the attack a terrorist attack and stressed his support for al-Kadhimi.