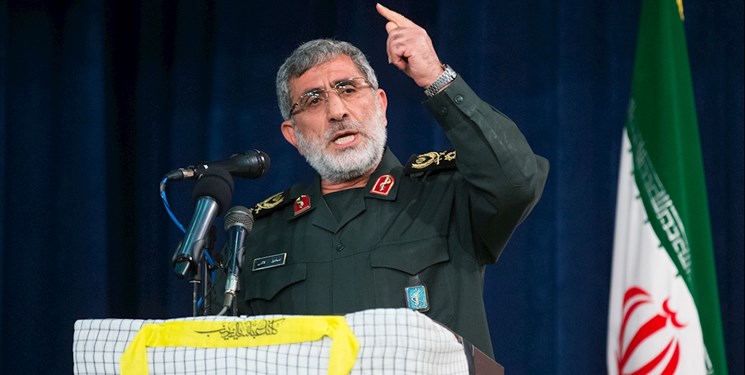 A day after the failed assassination of Mustafa al-Kadhimi, General Ismail Qaani, commander of the IRGC Quds Force, arrived at Baghdad airport on the morning of November 8 and met with Prime Minister Mustafa al-Kadhimi, President Barham Saleh and several other Iraqi officials.

During Qaani’s meeting with al-Kadhimi, the issue of his assassination was discussed and General Qaani stressed that this action had nothing to do with Tehran and that Iran strongly condemned such actions and announced Iran’s readiness to assist in investigating the attack.

The IRGC Quds Force also met with the commanders of the Iraqi resistance groups, stressed the need to maintain unity and avoid tensions.