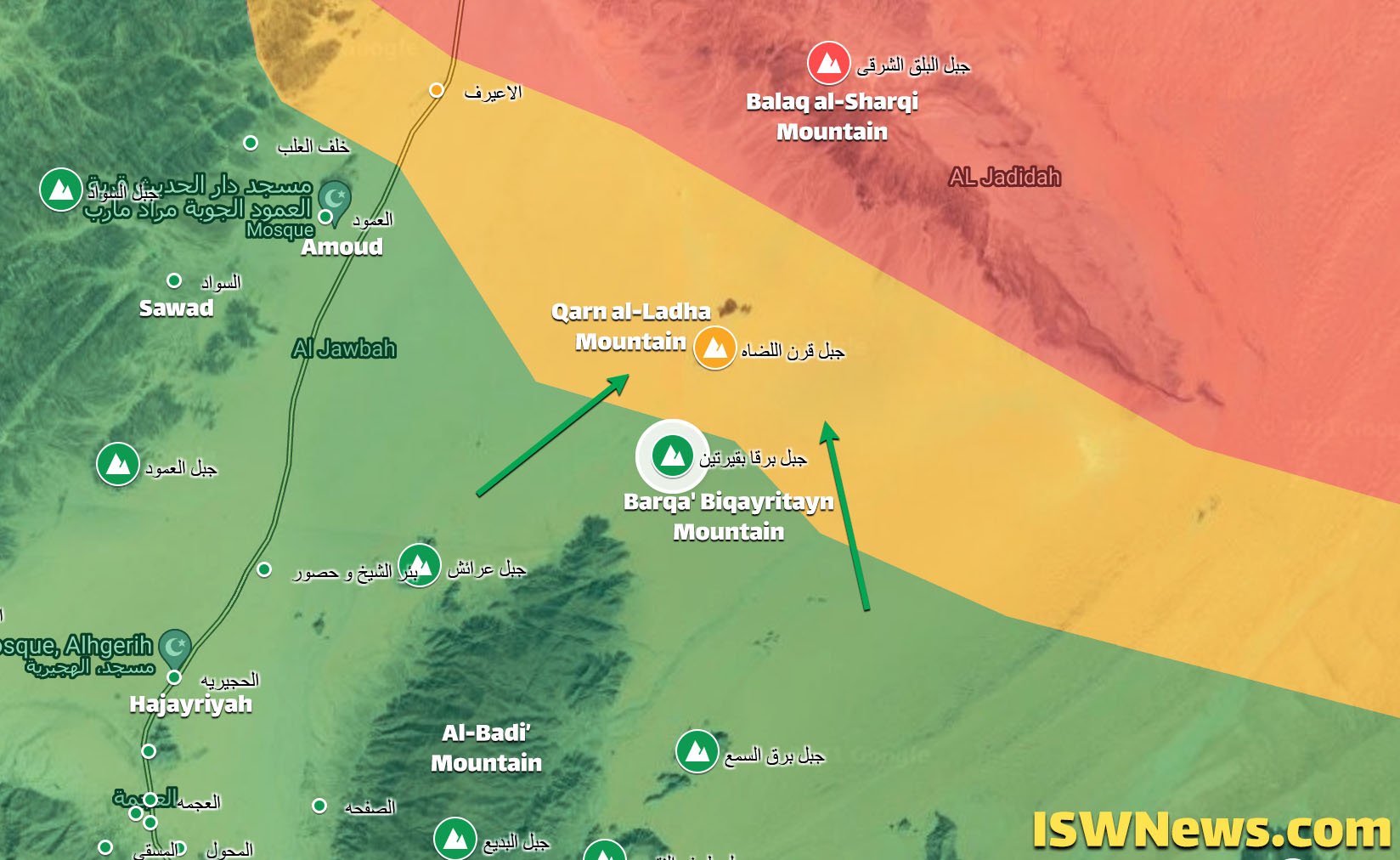 ISWNews Analysis Group: The Saudi coalition warplanes have bombed Ansar Allah positions more than 80 times in the past 48 hours.

1- Marib:
– Clashes between Ansar Allah and Saudi-led forces continued on the northern front of Al-Jubah district. In the latest advances, Ansar Allah has captured the Barqa’ Biqayritayn mountain.
– The tribes of Al-Abdiyah formed a military brigade called “Uwais al-Qarani” to accompany Ansar Allah in the battles of Marib.

3- Al-Jawf:
As a result of Ansar Allah attacks on the Al-Khanjar front, the Saudi coalition forces withdrew from their positions in the area.

4- Saada:
– Two people were martyred and 3 other were wounded in the border district of Munbah by the Saudi Army artillery.
– Saudi coalition artillery attacks on Baqim area led to fires on people’s agricultural lands.

5- Al-Hudaydah:
The Saudi-led coalition forces have violated ceasefire 537 in the province in the past 48 hours.

6- Aden:
– US Special Representative for Yemen Timothy Lenderking arrives in Aden.
– Four people including two children were killed by a car bomb explosion in the Khormaksar neighbourhood in Aden city.