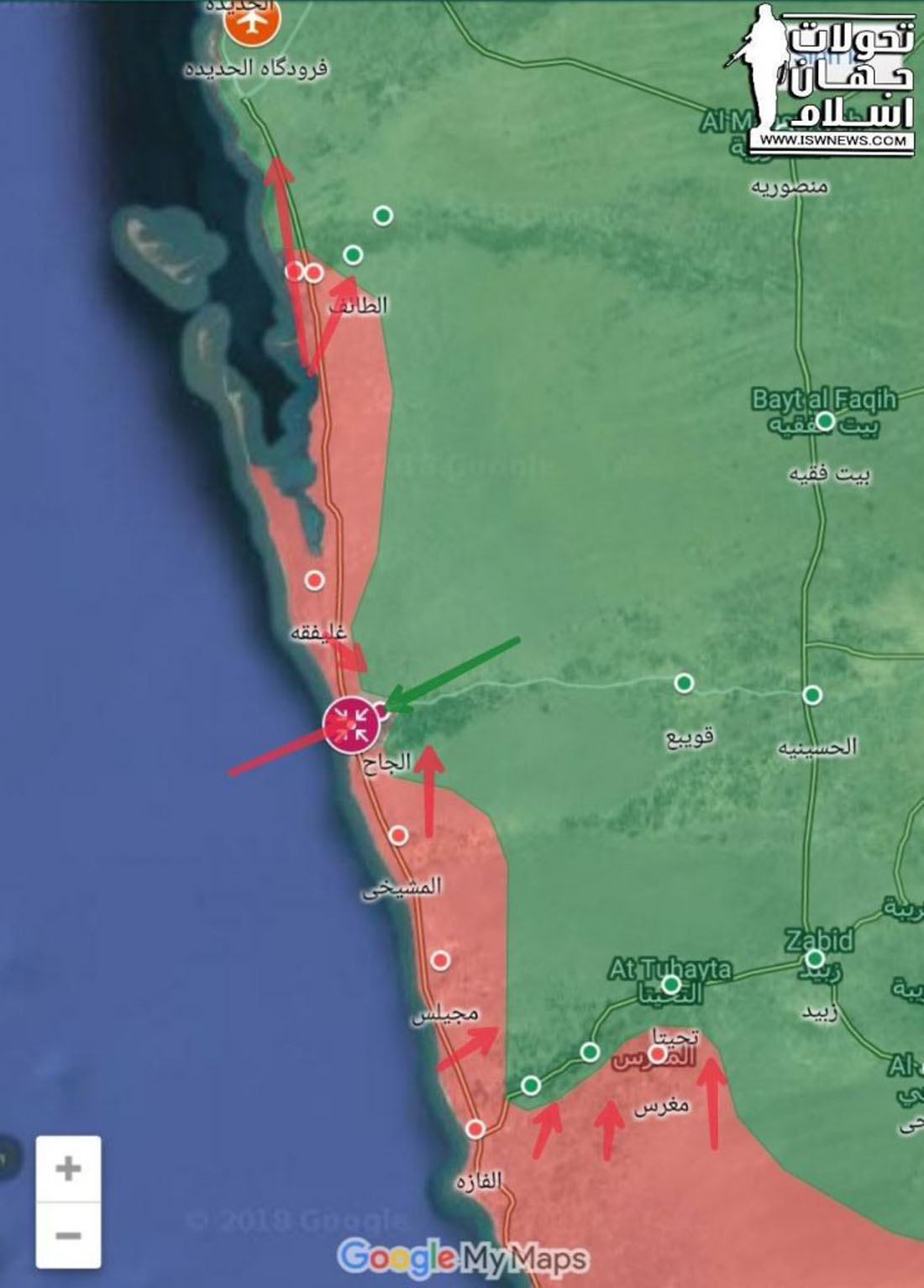 The Coalition ground operation now focused on al-Jah and Taef and according to latest news, the Coalition managed to capture this areas. However Ansarallah denied this advances.

Clashes continue in this axis.

The start of the second phase of al-Hudaydah’s operations is certainly relevant to the statements of US Secretary of Defense James Mattis about the involvement of US forces in the operation.

In southern front of Hudaydah, the `Aqar area is still in AnsarAllah’s control, so the distance of UAE-backed forces to al-Hudaydah airport is more than 10km.

Last night the Yemeni army and Ansarallah fired a Qahir missile to UAE-backed forces positions in south of Hudadydah which is confirmed by local sources.

The southern province of Saudi Arabia like Najran and Khamis Masheet targeted atleast with 2 missiles by Yemeni Army, The Saudi Coalition claimed that all missiles were intercepted.

Also the Saudi Coalition spokesperson claimed that due to missile hit in residential areas of Jizan, 3 civilian were killed.