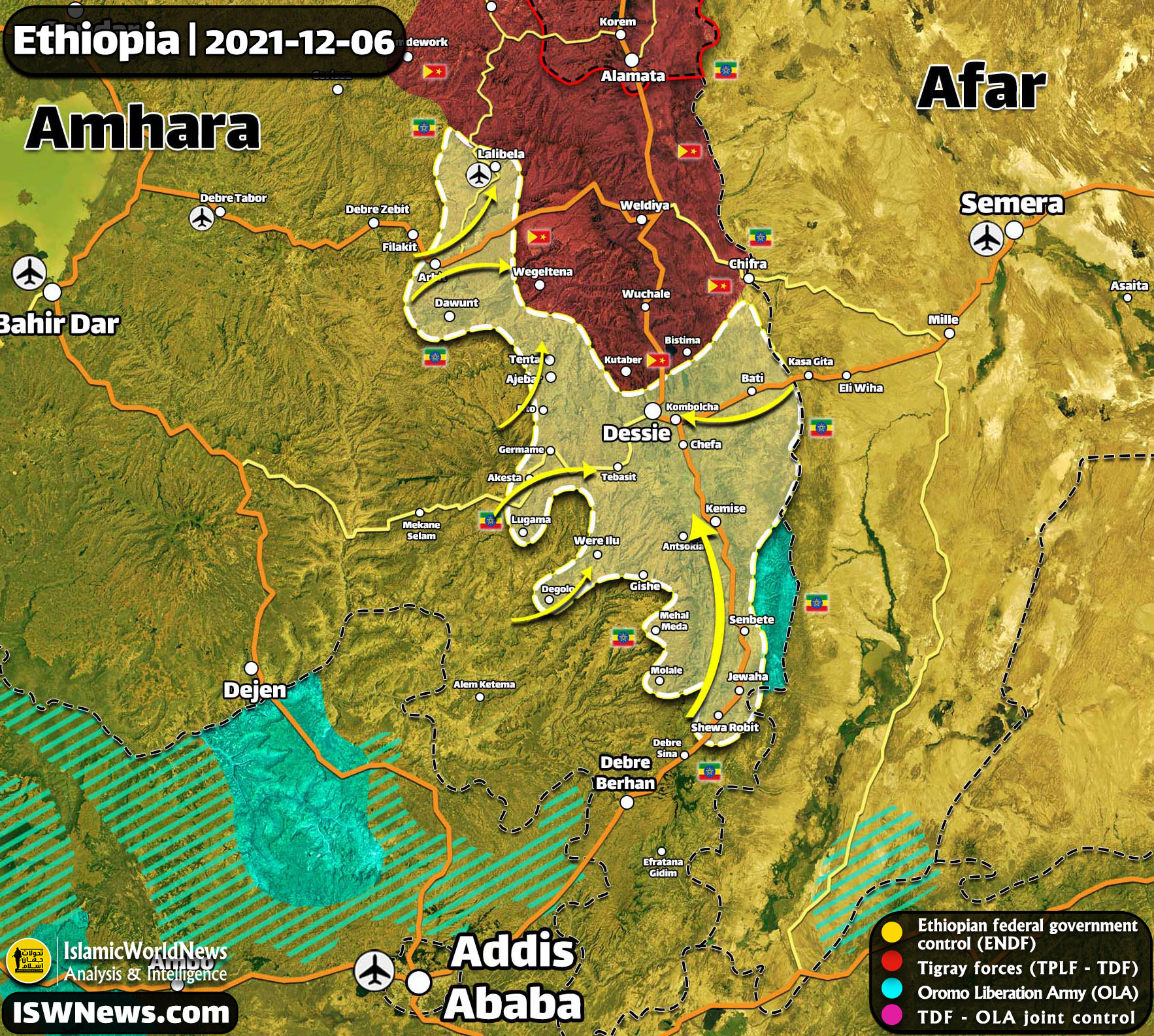 ISWNews Analysis Group: The Ethiopian Federal forces managed to retake most of the lost areas in the southeast of Amhara State from the Tigray (TDF) and the Oromo Liberation Army (OLA) forces in six days.

During the counterattacks by the Ethiopian federal forces led by Abiy Ahmed, the important cities of Dessie Kombulcha, Kemise, Shewa Robit, Lalibela and many other areas and villages in the southeast of Amhara State have been taken out of the control of Tigray forces and their allies.

It was two weeks ago that Abiy Ahmed, the Prime Minister of the Ethiopian Federal Government, announced that he would personally go to the front lines and from there lead military operations against the TDF and OLA militants. He had vowed to repel the insurgents and retake the lost territories.

From that day until now, many forces from different parts of the country were sent to the battlefields, and in practice, it became more difficult for the TDF, whose advance to the Addis Ababa had slowed down in recent week. Finally, from December 1, the federal forces took the upper hand on the battlefield and recaptured the lost villages and areas one after another.

Tigray militants have now lost most of the areas they have captured in the Amhara State over the past 30 days, and fighting continues on the road north of Dessie to the state of Tigray. It seems that if the defeats of the Tigray forces continue, the group will evacuate all the remaining areas in Amhara State and retreat into “his main land i.e. Tigray State”.