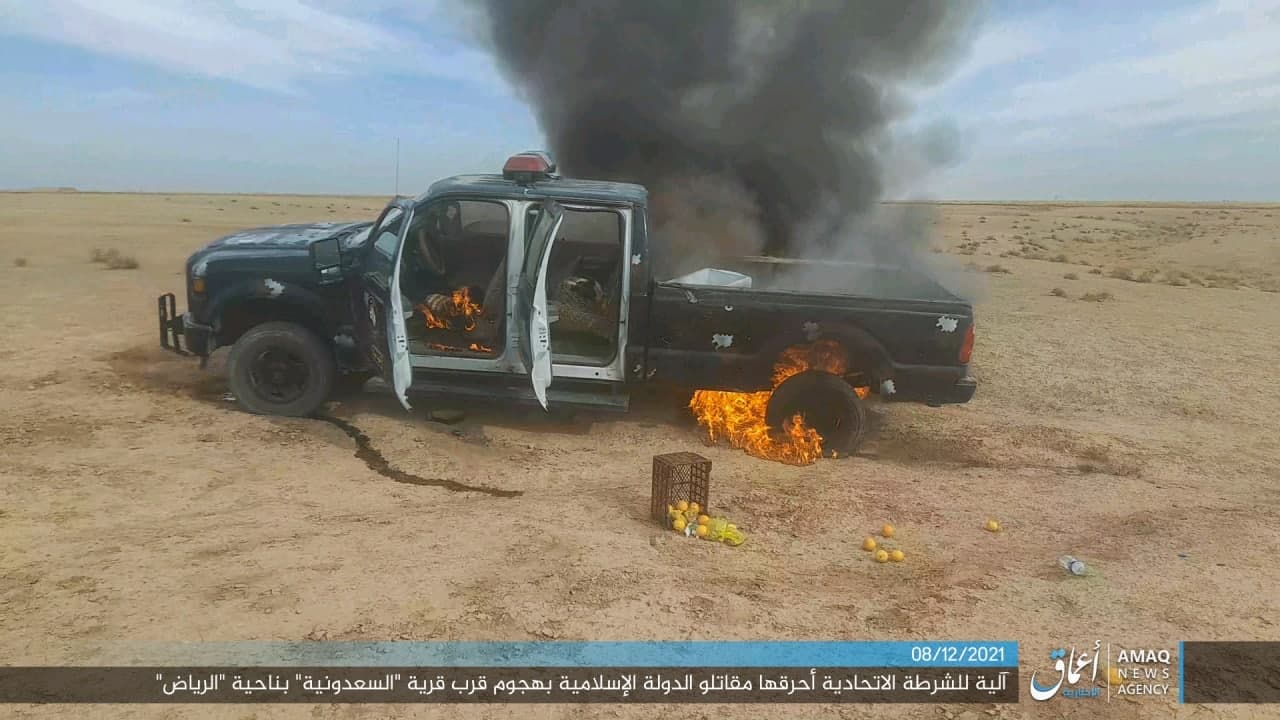 In the first attack, ISIS terrorists targeted an Iraqi Federal Police vehicle while traveling in the al-Hawija area west of Kirkuk with a roadside bomb. Minutes later, ISIS elements ambushed and attacked an Iraqi military vehicle that was sent to investigate the attack, killing at least two police officers.

On the same day, ISIS terrorists targeted an Iraqi Federal Police vehicle carrying out a patrol in the Daquq area, south of Kirkuk, with a roadside bomb. Another police vehicle was sent to the area but the vehicle was also targeted.

Hours later, ISIS terrorists clashed with Iraqi Army forces trying to carry out an ambush operation against ISIS in the al-Dibs area north of Kirkuk, killing two Iraqi soldiers and wounding two others.

The border between the Peshmerga and Iraqi Army in Kirkuk, Nineveh, Diyala and Salah al-Din provinces, which have a security vacuum, has become a suitable place for ISIS elements to operate and planning terrorist attacks on government forces.
The recent visit of the Iraqi Prime Minister, Mustafa Kadhimi, that accompanied by a high-ranking military delegation to Erbil, also consulted on establishing coordination between Erbil and Baghdad to counter ISIS elements in aforementioned region.