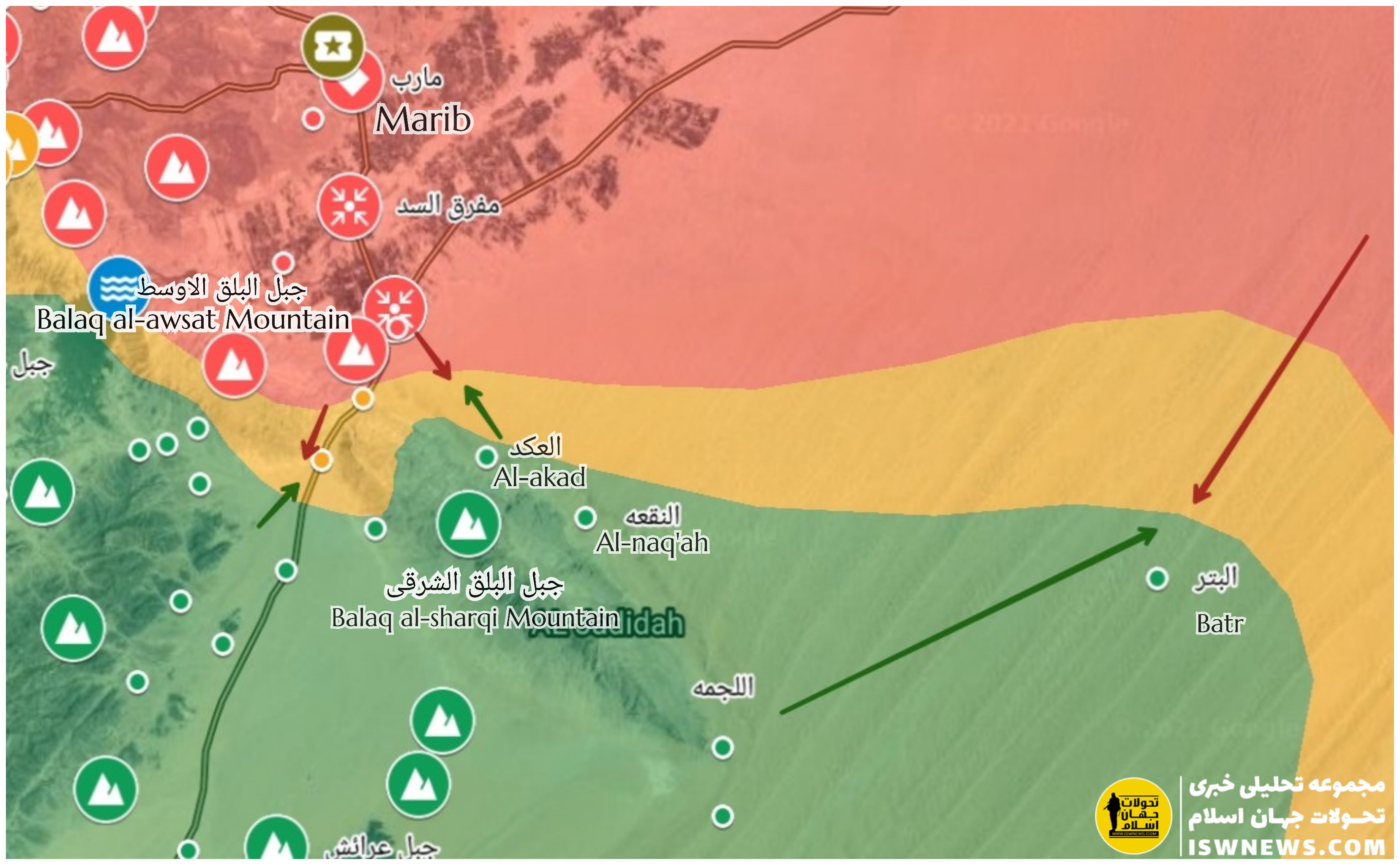 ISWNews Analysis Group: Ansar Allah and popular committees captured the al-Batr, al-Akad and al-Naqa’h areas in the Marib’s Wadi district from the control of the Saudi-led forces.

1- Marib:
– Clashes between Ansar Allah and the Saudi-led forces continued in the al-Balaq al-Sharqi and al-Balaq al-Gharbi heights.
– Ansar Allah has succeeded in liberating the al-Batr, al-Akad and al-Naqa’h areas in the Wadi district.

4- Taiz:
Two people were martyred, including a child and several others were wounded as a result of an airstrike by Saudi coalition warplanes on the district of Muqbanah in Taiz province.