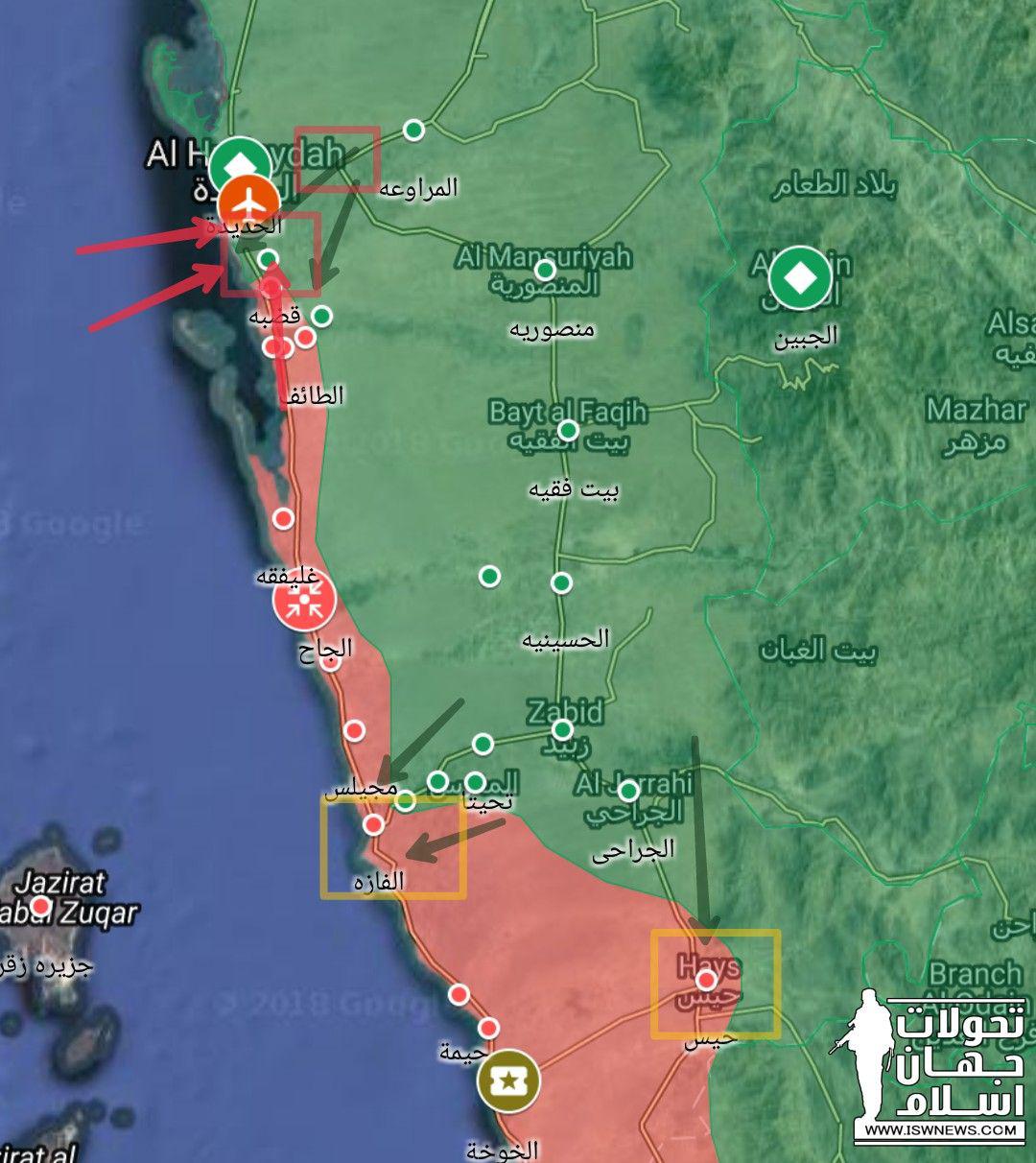 The attacks in the northern Hays (green arrow) was specifically aimed at opening several fronts and to unstable the  UAE-backed forces positions in the area.

Also al-Faza was under the AnsarAllah feint attacks to cut the Coalition supply road in southern Hudaydah.

But the main clashes (red arrow) occurred in the southern part of city Hudaydah and this areas was under the most severe ground, air and naval attacks.

Coalition warships intended to land forces on the shores of al-Hudaydah (West Coast), but targeted by Ansarallah rockets.

Ground clashes have also been stopped in the Qadbah area at the south of airport and al-Hudayda Square, and coalition media have claimed entry to residential areas on the outskirts of the airport.

According to the previous investigations and the process of the operations, it seems that “targeting(by air) the routes leading to the city (the northern road of al-Hudaydah and the road leading to the Sana’a crossroad) and at the same time with ground operation from the south of the city”, is the Coalition program to dominate the Hudaydah.
And the presence of US troops in the operation room and the coordinating the ground and air battles is not ineffective.