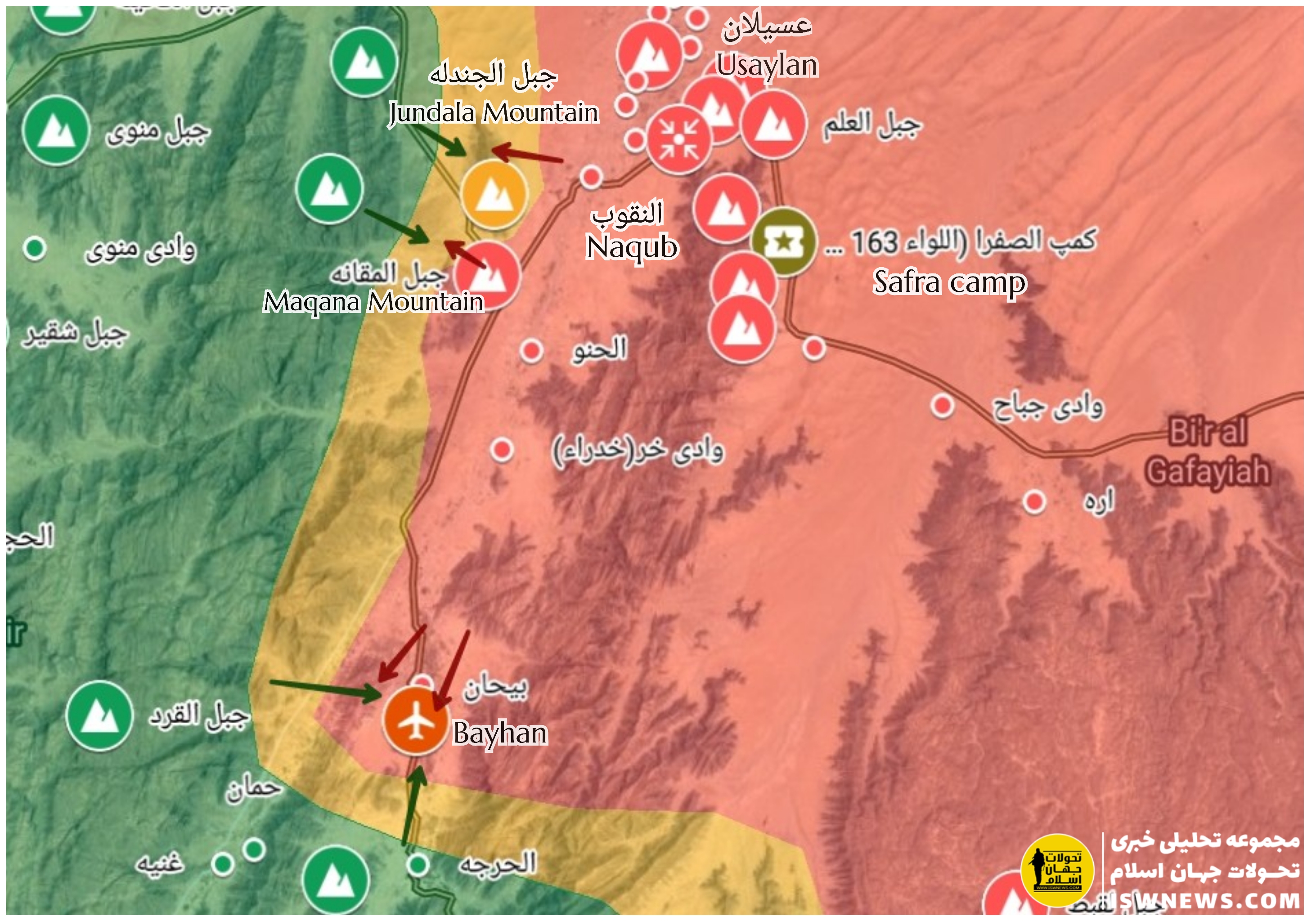 Currently, clashes are taking place in the suburbs of Bayhan, and there is a possibility that Ansar Allah will withdraw from these areas, as well as the Ain district. The volume of bombings by the Saudi coalition warplanes is also very heavy and has had a great impact on the Ansar Allah resistance; So that the western fronts of Shabwa have witnessed 140 airstrikes in the last 72 hours.