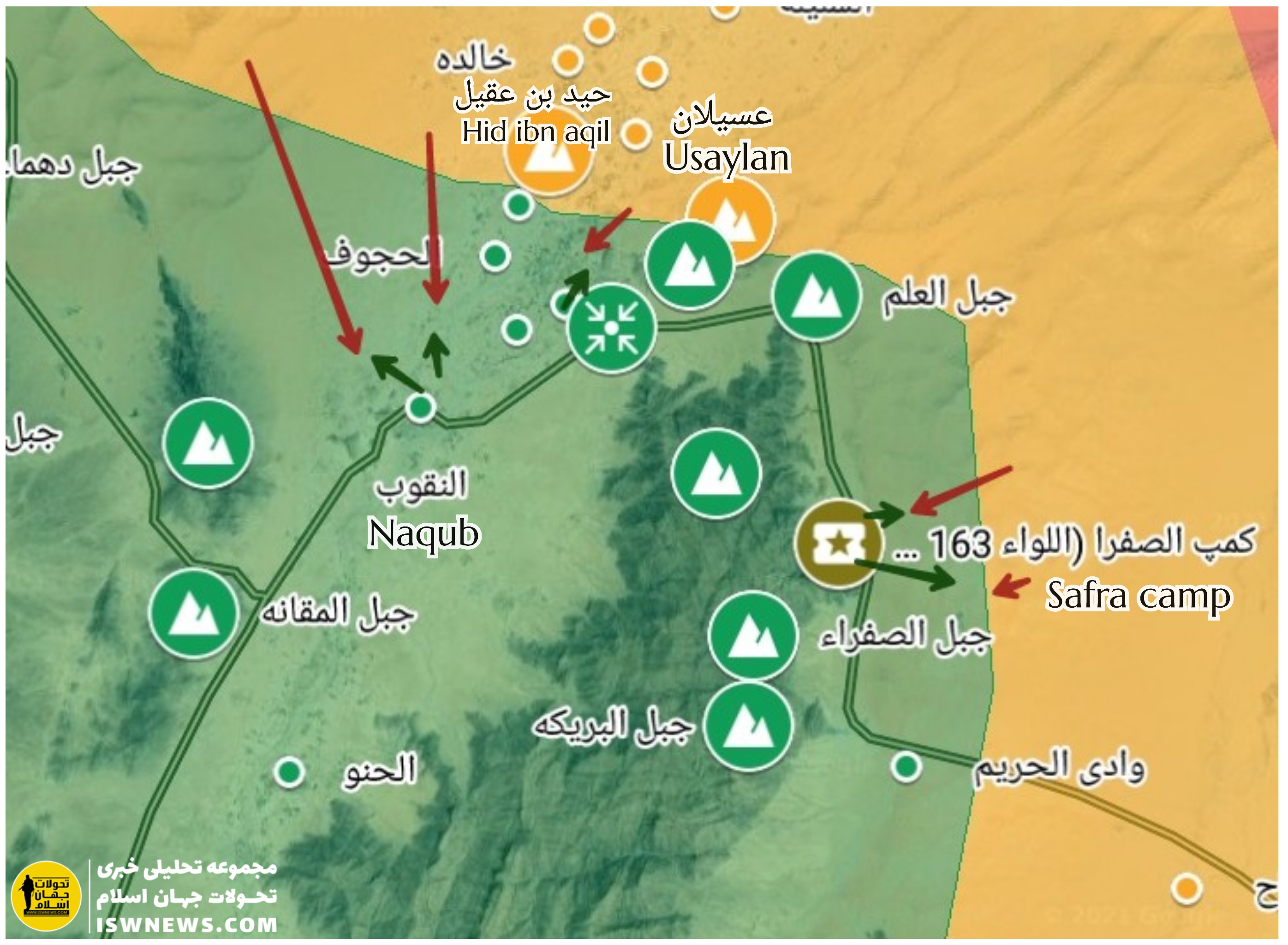 ISWNews Analysis Group: The Saudi-led forces attacks on positions of Ansar Allah and the popular committees continued on the southern fronts of the Usaylan district.

According to the ISWNews field source, the conflict between Ansar Allah and the Saudi-led forces is centered on the northern areas of al-Naqub, Selm mountain and al-Safra, located in the south of Usaylan.

In the past few hours, some pro-Saudi media claimed that the Saudi-led forces have captured the town of al-Naqub and the surrounding villages, which does not correspond to the field realities.

Currently, only the villages of Hid ibn Aqil and al-Hajar are completely under the control of the Saudi coalition, and the other villages are empty of the control of both sides. The Amaliqah forces intend to launch attacks on the town of Beyhan, and if Ansar Allah does not provide a special defense line on this front, the fall of these areas is possible.

In the past 48 hours, Saudi coalition warplanes bombed Shabwa fronts in times. One of these airstrikes led to massacre of five civilians. In this regard, the Saudi coalition claims 36 airstrikes on Ansar Allah positions in Shabwa and the destruction of 23 military vehicles and the deaths of 185 Ansar Allah fighter in the past 24 hours.
Also in recent days, more than 40 members of the Amaliqah forces were killed and more than 50 others were wounded. Samih Jaradeh al-Sabihi, commander of the 2nd Brigade of Amaliqah, is among those killed in recent days.