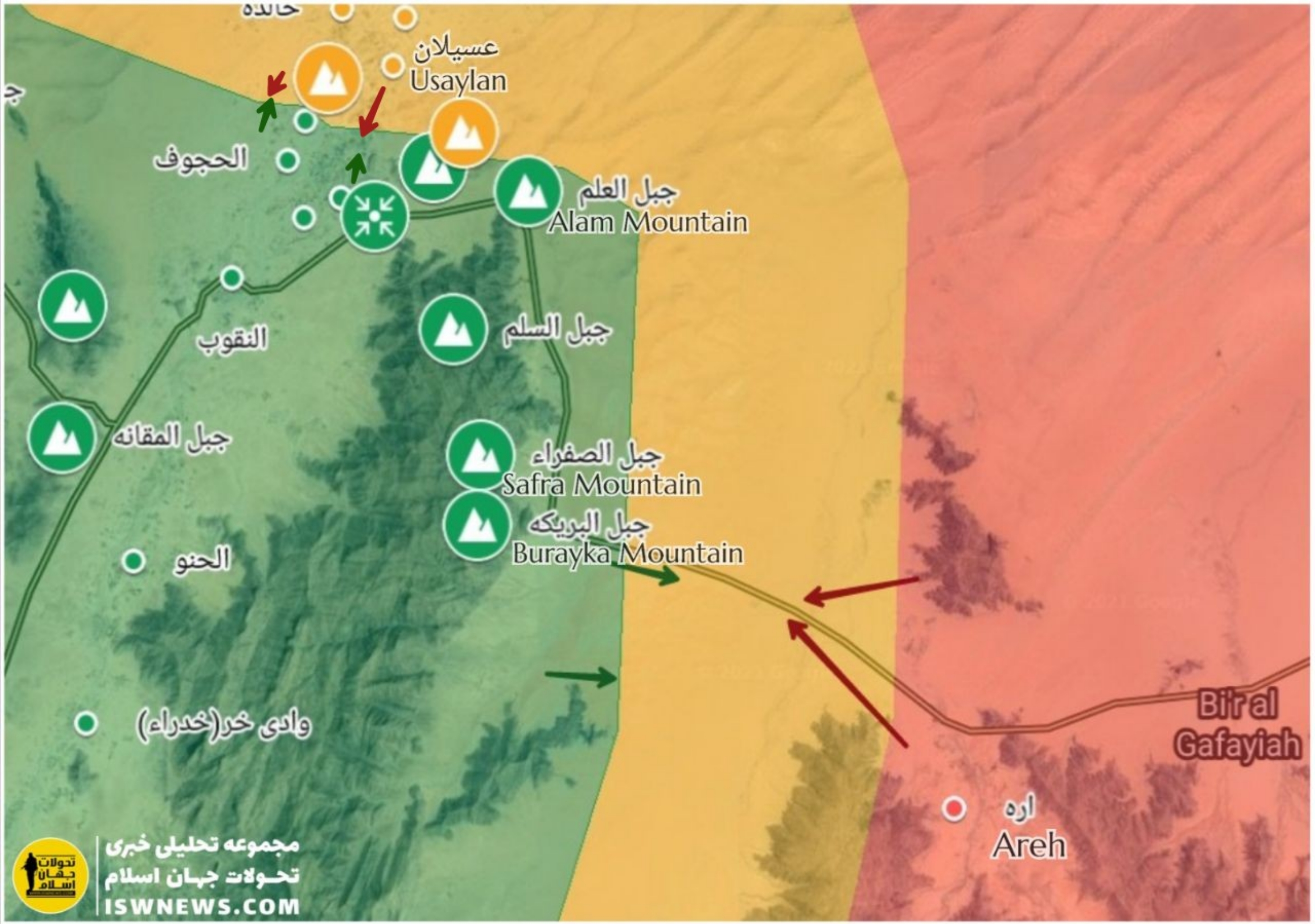 ISWNews Analysis Group: Clashes between Ansar Allah and the Saudi-led forces continue in the western fronts of Shabwa province in the Usaylan district.

According to the latest news from the western front of Shabwa province, the attack of the Amaliqah forces on the al-Safra, Areh and Wadi Markhah fronts has met with Ansar Allah resistance, and clashes continue in these areas.

Amaliqah forces also entered the city of Usaylan in an agreement with the Belharith tribes and attacked Ansar Allah positions in the villages south of Usaylan.