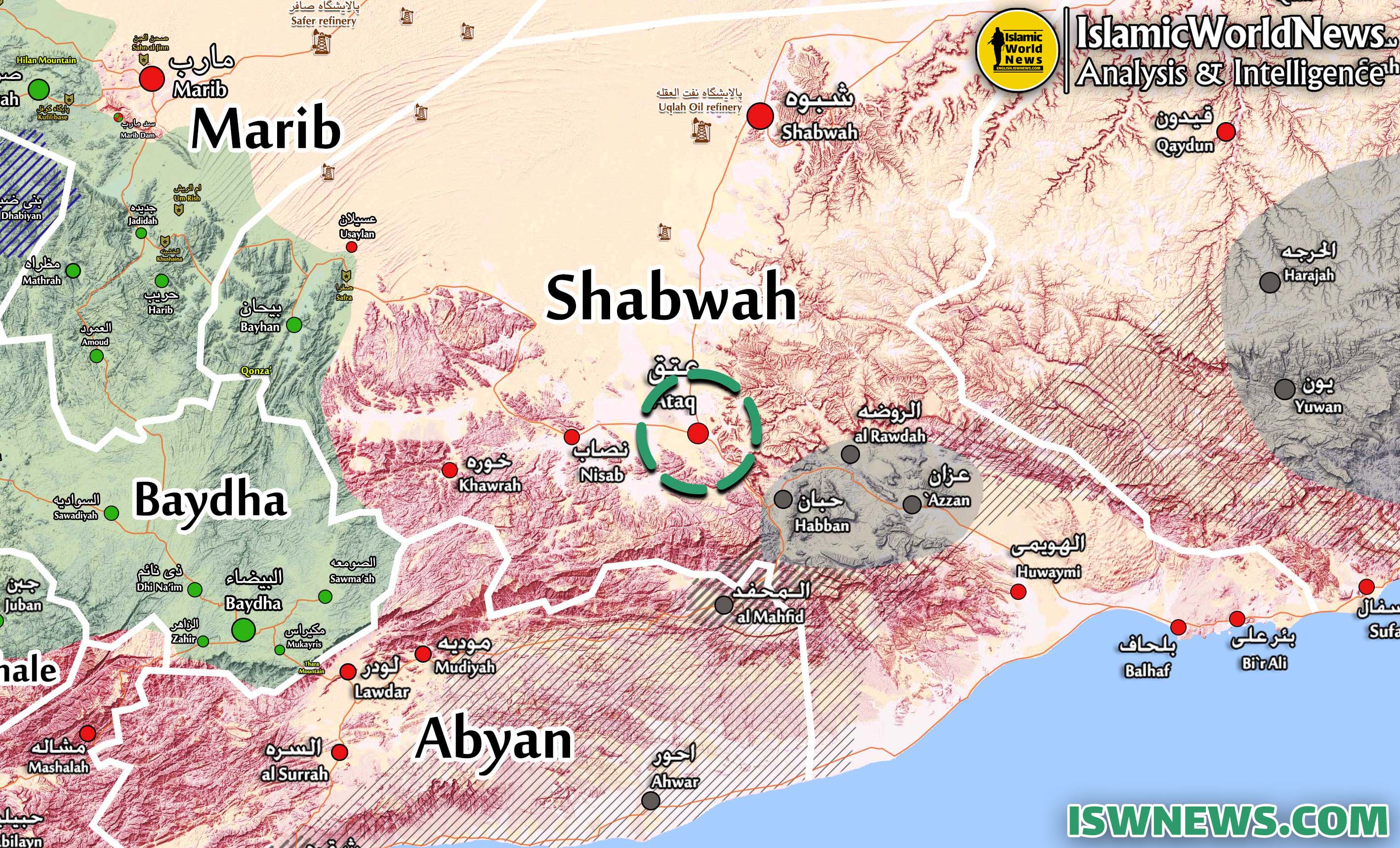 ISWNews Analysis Group: Ansar Allah used several missiles and suicide drones to attack a gathering of Amaliqah forces (Giants Brigades) at the airport of the city of Ataq, the capital of Shabwa province.

According to local sources in Shabwa province, on the evening of Tuesday, December 28, a gathering of Saudi-led forces at the airport in the city of Ataq was targeted by unknown strikes. Details of the attack have not yet been released officially, but local sources believe the attack was carried out by Ansar Allah.

Ansar Allah reportedly used a missile (possibly Nikal or Sa’ir and Qasim 2) and a suicide drone (possibly Qasef 2K) to attack the gathering, killing 12 and wounding 14 Saudi-led forces. Some other sources also put the death toll at more than 46.

It should be noted that Amaliqah forces have recently entered the city of Ataq on the orders of the Saudi coalition command and to take part in the operation to retake districts of Usaylan, Bayhan, Ain, Markha Olia and Markha Sofla from Ansar Allah.