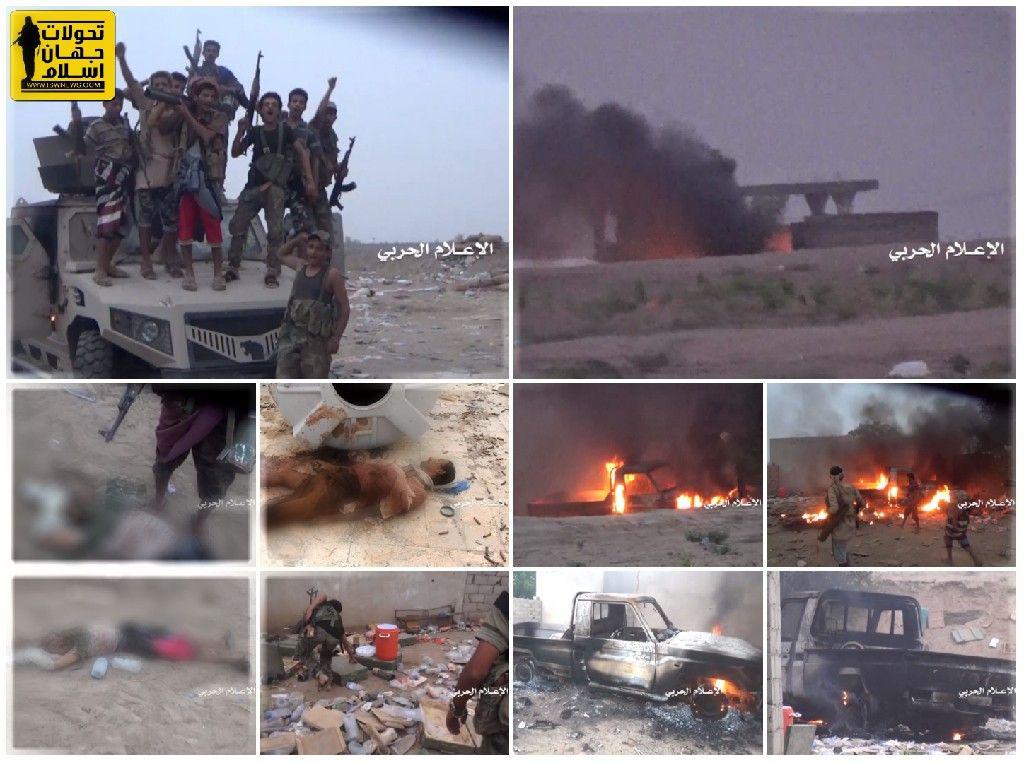 Al Hadath network (anti AnsarAllah) released photos and clips showing the Coalition controlling al Hudaydah airport which show the symbols and signs of the airport from other movies and past.

In the triangle axis (triple junction) Adin AnsarAllah is attacking heavily (above photos).

2- Firing a Tochka toward gathering point of Emirates backed troops in south of al Hudaydah by Missile Unit of Yemeni Army and AnsarAllah.

This attack which killed 40 troops of the Coalition was led using information obtained by AnsarAllah’s UAV. The wounded are not confirmed but ambulances traveled 25 times to evacuate them.

3- Clearing height Aziq in desert Baqa` (northeast of Sada) from Hadi’s and the Coalition’s forces.

He is conveying Emirates’ conditions about al Hudaydah to AnsarAllah. It is said that Emirates demand AnsarAllah retreat from al Hudaydah and the attacks in this front and other fronts will not stop.