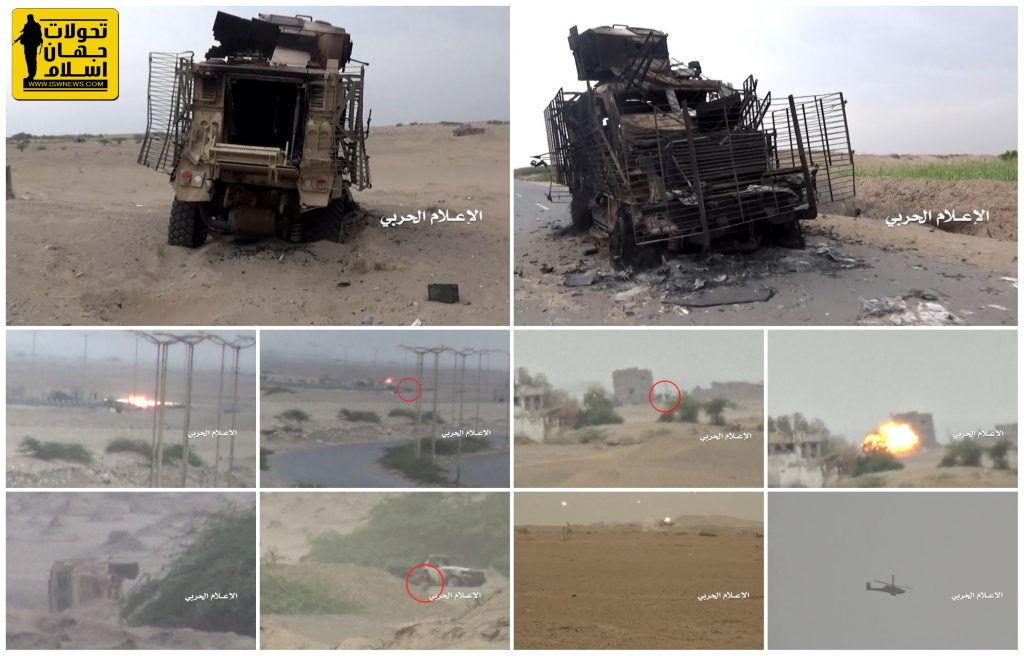 Engagements in south of al Hudaydah, in eastern suburbs and south of the airport. Matahin square (in junction of al Hudaydah-Sanaa) is in the hand of AnsarAllah; Coalition forces facing AnsarAllah resistance and obstacles in eastern road to airport.

AnsarAllah retreated from Manzar and engagements in airport square (west of the airport) is continuing (In the last few days Manzar was attacked by the Coalition’s fighter jets and warships severely).

There is no change in other fronts and phony attacks and ambushes of AnsarAllah in the coastal road is continuing.

People’s National Committee claims to kill some ISIS troops (some with other nationalities) in al Hudaydah.

2- Firing a Badr-1 missile toward a military base in east of Jizan by missile unit of Yemeni Army and AnsarAllah.

3- Negotiations between UN emissary and AnsarAllah in Sanaa not productive so far.

AnsarAllah leaders answered negatively to any submission or retreat request.